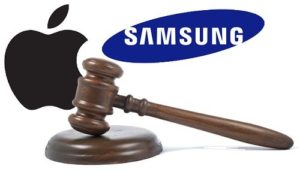 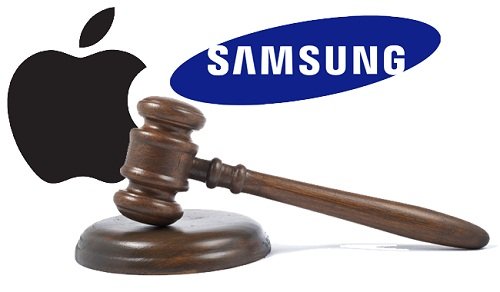 Surely those who love technology are not alien before Apple screens are used on their new products 4va New iPad iPhone, which is the Retina screen with good image quality and especially ultra-high resolution creating a very sharp feeling. The company offers this type of screen is the Samsung Waning Apples – one smartphone manufacturer as well as leading Android tablet is competition with other products running IOS.

The question here is: why such a high quality screen resolution as Outstanding Retina appears only on Apple products? Meanwhile it is the maker of the Samsung did not use them on smartphone devices as well as Galaxy tablet famous brand to increase its competitiveness and attract customers?
Everyone knows that Samsung and Apple are competing fiercely in the market for mobile smartphones and tablet products, there were several major lawsuits copyright issues between two companies to curb the growth of each .Clearly the relationship between the two firms are competing fiercely. Marketplace as a battlefield, why Samsung is willing to cooperate to provide equipment for his opponent that is not threatening to their own advantage?
In fact, Samsung is a huge multinational corporation formed by the combination of more than 30 independent companies trading a wide variety of services ranging from electronic engineering to insurance, chemical oil … which is part of the production screens and mobile devices, tablets are completely separated. Therefore, smartphones and tablet production, the competition was heated sources, keep the screen are made.
Samsung is not the only company producing screens for competitors in the hardware directly. There is also LG and Sony – two companies also are competing in an array of mobile devices running Android.
Returning to the screen type, let’s go into AMOLED – Samsung technology is being used on their products.
First, AMOLED is a Samsung screen is dedicated to the development of their mobile device, no other companies have products, including Apple. Millions Galaxy S II phone running Android is very popular on the market use this technology, the new Galaxy Tab 7.7 use newer technology, called Super AMOLED.
Samsung has developed AMOLED technology (OLED originated) in a long time with a huge investment of tens of billions of dollars. Of course, they can not dump a whole load of money on a technology no, AMOLED truly remarkable advantages for mobile devices. 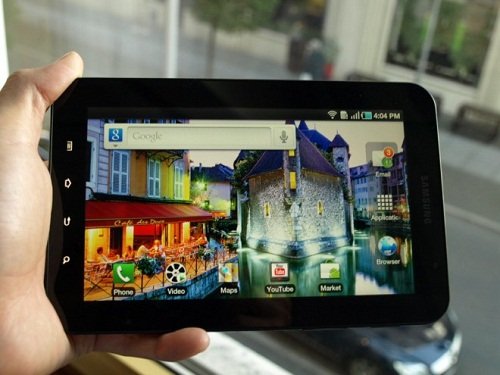 AMOLED is a huge advantage in saving energy and color displays. More specifically, technology AMOLED consumes less power compared to LCD is generally compared to the Retina of 30%, so the devices using this technology will be able to optimize battery life – one extremely important issue for a mobile device. On the show, though inferior AMOLED Retina resolution, detail and sharpness while eating off in terms reproduce the colors, Primary color channels red, green, blue are brighter and legs more realistic, in addition to higher contrast and wider viewing angle as well.
Thus, although AMOLED technology applied on Samsung products can not get 2048 x 1536 resolution 9.7-inch screen as the New iPad but more beautiful in color, cats do not know Miu does bite …
Also, in many practical test, the screen brightness OLED lifespan is shorter than LCD (of course depending on the device but also mostly shorter) by the organic material component used to produce . However, this is the problem of devices such as TV or computer screen rather than mobile devices by age of the phone and tablet range usually lasts only 2-3 years only.
From the consumer side: do they really need an ultra-sharp screen Retina?
Previously users had never complained about the definition of smartphone products as well as old tablet. For example, iPhone 3G only has a resolution of 480 x 320 while iPhone 4 up to 960 x 640 (4 times). Of course when compared to the second screen, after product introduction clearly better, but if Steve Jobs does not emphasize the Retina display advertising anyone interested in the definition of life the iPhone? Users who do not know what they need, until manufacturers show them. This is Apple’s PR methods, they do draw things for users to enjoy. 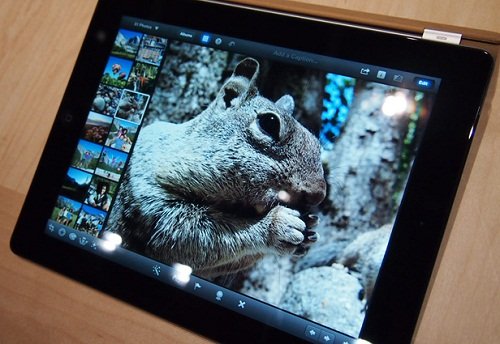 In fact, for the mobile device screen is only about 4 inches down the definition too well there for nothing. High resolution more meaningful for the tablet – about 10 inch screen and is often used to watch movies, surf the web but the numbers game … 2048 x 1536 which Apple launched in New iPad is actually redundant pregnant.
On the Samsung, they are still trying to convince consumers that we should care about brightness and color of the screen rather than resolution and sharp. The Galaxy-branded products will definitely stick with AMOLED in the future. But the future is hard to say, the company wants its technology customers rated as number one. Is Samsung’s AMOLED will persuade consumers or Apple will lead the world with mobile technology, and others again Retina am running a fever? Let’s wait and see.
Reference: wired.com
Spread the love