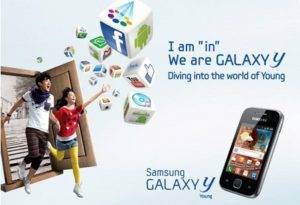 Samsung has introduced updated versions of the smartphone and GALAXY Y GALAXY Y Pro, equipped with two slots for SIM-cards. The manufacturer added a prefix to their name DUOS, which traditionally accompanies all solution to the Korean manufacturer. 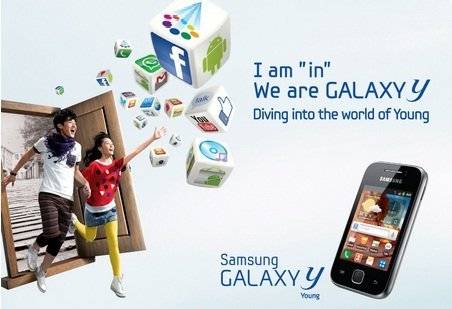 Under the new nomenclature, smartphones Y series are classified as entry-level devices – they are marked with the basic characteristics and compact size. The main technical indicators have moved from smartphones already in the sale of versions with a single slot for the SIM-card. Thus, the smartphone Samsung GALAXY Y DUOS executed in the form factor monoblock, powered by Qualcomm MSM7227 processor with a clock frequency of 832 MHz and is controlled by the mobile operating system Google Android 2.3 Gingerbread. Display GALAXY Y DUOS has a diagonal of 3.14 inches at a resolution of 240×320 pixels. The smartphone works in networks of second-and third-generation protocols support local wireless Wi-Fi and Bluetooth 3.0, as well as satellite navigation GPS. Camera resolution is 3 megapixels, there is a slot for memory cards microSD, the maximum size of the drive is 32 GB.

Model Samsung GALAXY Y Pro DUOS on the characteristics of almost exactly the same GALAXY Y except for a couple of nuances. The Pro version is performed in the case candybar with QWERTY-keyboard, a QVGA-display (same 240×320 pixels) has a diagonal of 2.6 inches. Android operating system on both smartphone comes with a proprietary interface Samsung TouchWiz and Social Hub pre-installed applications and chaton . The first combines in one system to work with e-mail, instant messaging and social networks, and the second is a cross-platform system for multimedia and text messages, which is a less expensive alternative to SMS and MMS. Apple has released a similar application in the new proprietary mobile platform iOS 5, in her version of it called iMessage.

Smartphones GALAXY Y DUOS and GALAXY Y Pro DUOS go on sale in January next year.Their debut will take place on the Russian market, after which they will be sold in other countries. Recommended value is not known, but, again, the index Y, Samsung says smartphones are the entry level.