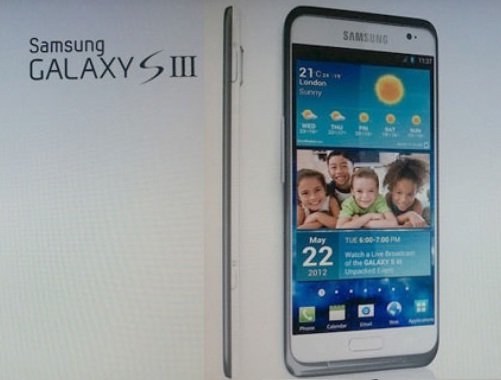 Image shows machine improvements from the first S Galaxy model. Below there are five icons, while the predecessor model 4. Most likely, larger screen makes the machine to add icons to.

Galaxy S III may appear next month. Samsung Android peak samples from missed appointments at MWC 2012 and Samsung promises to be a separate event.