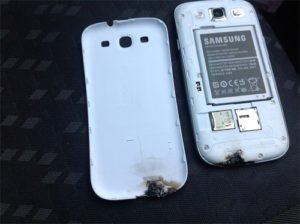 Previously, smartphone hit iPhone 4 had exploded and became the subject attracted the attention of many users and the technology. Yesterday (21/6), similar cases have occurred with the phone are considered “hot” on the market today is Samsung Galaxy S III.

According to the victim, he bought a Galaxy S III at Carphone Warehouse agent (Ireland). While driving on the road, his phone to be on deck to map, suddenly white smoke at the bottom edge. Smartphone wave immediately lost completely and became a brick. However, when contact with the sales agent, the client has not changed a new device.

The incident was later intervened and finally Samsung victim also received a Galaxy S III instead.Commenting on this case, Samsung said it recognized the work and will begin to clarify the issue after receiving the Galaxy S III explodes.

Some pictures of the Galaxy S III exploded at the lower edge: 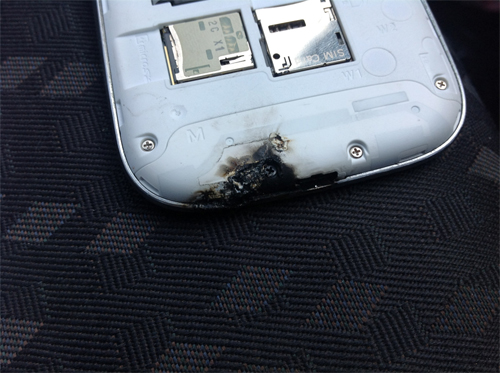 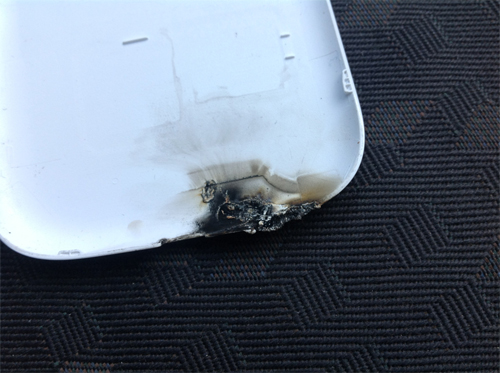 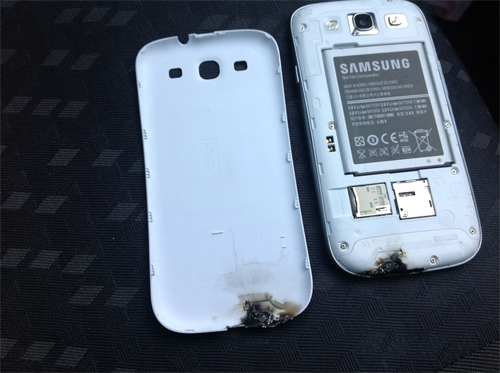 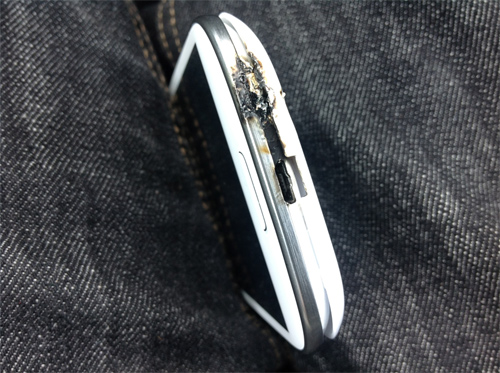 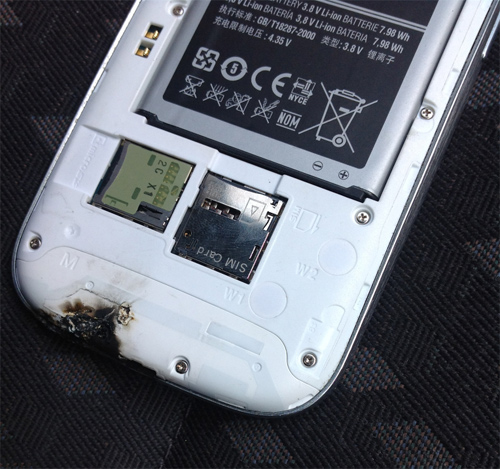