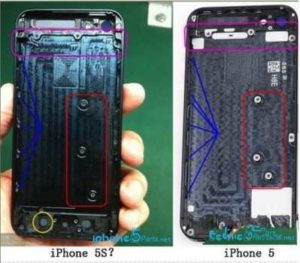 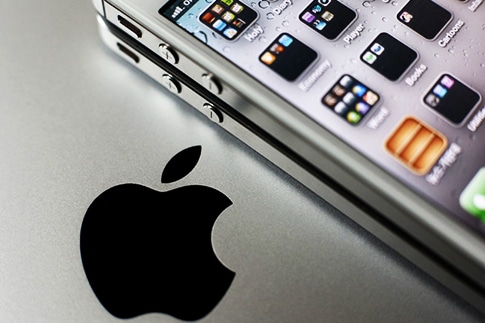 The iPhone 5S rumors :According to foreign media, a parts company ETrade uploaded few known pictures of the back of the  next generation iPhone, this is the first time iPhone 5S back is figure exposure.

In the picture, we can see the back of the two generations of iPhone,  though the  difference in the overall design is not much, but there are still some  significant differences in layout, the most obvious is the screw holes on the version of the logic circuit. 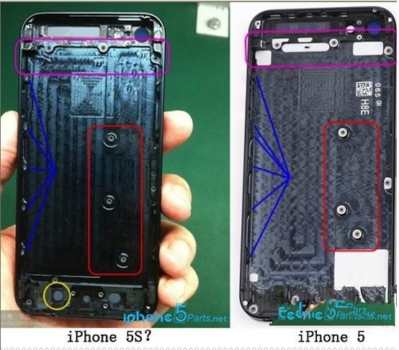 In addition, the screw holes, red, yellow and purple coil widget also creat differences. The iPhone 5S text is outside the phone shell as the iPhone 5  name, model number, IMEI and regulatory information. It is worth noting because the two pictures are not from very reliable source, so I do not rule out that they are the prototype of the iPhone 5 . Of course, it also  can be some fans making  false pictures.