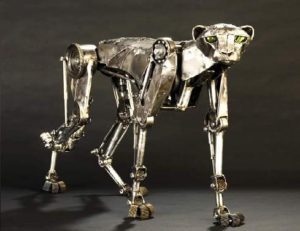 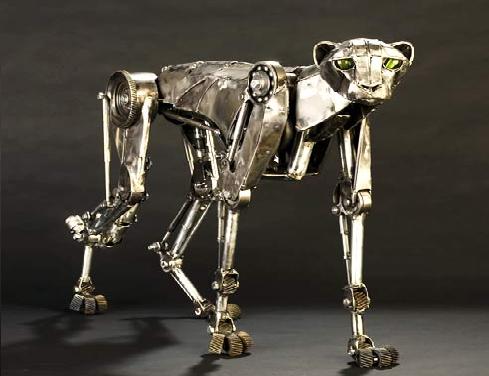 Robo-Cheetah doesn’t run, it gallops. And it doesn’t have a head, because it doesn’t need one. It was designed for speed, and it has got plenty of that.

Robo-Cheetah can go up to 18 mph, making it the fastest robot on four legs.Robo-Cheetah has completely shattered the previous robotic quadripedal speed record, which was 13.1 mph, set at MIT in 1989, according to a news release on the Defense Advanced Research Projects Agency’s (DARPA) website.

The robotic Cheetah was developed by the Massachusetts-based engineering company Boston Dynamics with funding from DARPA. The money came from DARPA’s Maximum Mobility and Manipulation program, which specifically supports research that looks to make robots faster, cheaper and more effective.

“Cheetah” isn’t just a sexy name for the super-fast robot. According to DARPA, researchers patterned the movements of the robot after real Cheetahs, which are the fastest animals on land.

“The robot increases its stride and running speed by flexing and un-flexing its back on each step, much as an actual cheetah does,” DARPA writes.

Marc Raibert, president of Boston Dynamics, told Business Week that the robot may be able to go up to 40 mph as he and his team continue to refine key features of the robot. That’s fast, but nowhere near as fast as an actual cheetah, which can go from 0 to 62 mph in 3 seconds and can run as fast as 75 mph.

Robo-Cheetah has only been clocked running on a treadmill, in the comfort and safety of a lab. It is powered by a hydraulic pump, and uses a boom-like device to keep it running in the center of the treadmill.

An actual free-running prototype will be tested later this year.

As for applications? Well, running really fast on the battlefield? Chasing evil operatives through the woods?