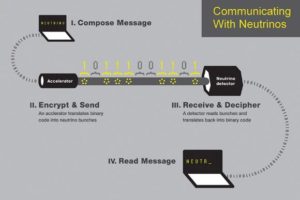 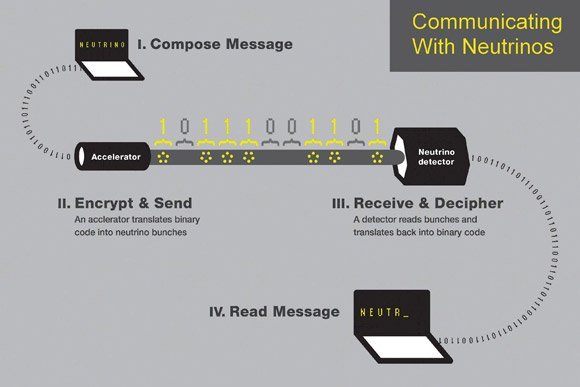 Scientists from the Universities of Rochester and North Carolina, for the first time were able to send information from within 240 feet of solid stone, using a beam of neutrinos (subatomic particles unladen size not interact with matter), so anoigontas a new chapter on communication.
According to Professor Dan Stancil,

Using neutrinos would enable communication between any two points on Earth without the need for cables or satellites. Of course, such communication systems will be much more complex than at present, however, could curb many of today’s limitations and solve many strategic issues

It is easy to understand the position of Mr. Stancil, enough to take into account that neutrinos are invisible, do not carry load (no interaction with the E / M fields), you have mass (no interaction with gravitational fields) and penetrate the material unaffected. It would therefore be more useful than holding them for sending messages such as from submarines or in space missions, etc.

The experiment was conducted at Fermilab, using the particle accelerator and detector MINERvA, at a depth of 100 meters, while for the message “Neutrino” format needed to process large groups of neutrinos because it is very difficult to detect them (only 1 in 10 billion!). After some of them were detected, the message was received from a computer and translated by the party format in English. However, scientists do not say how long it took to complete the mission.

As stated by Professor Kevin McFarland,

Of course, the technology we use today requires enormous computing power and equipment to be communication using neutrinos, so is not practical at this time. However, it is the first step to use in this area (communication) and was a good way to present it with today’s technology.

AMD Opteron 6200: First CPU Server with 16 Cores in the World

iPhone 4S Totally New From Inside