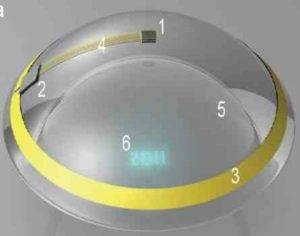 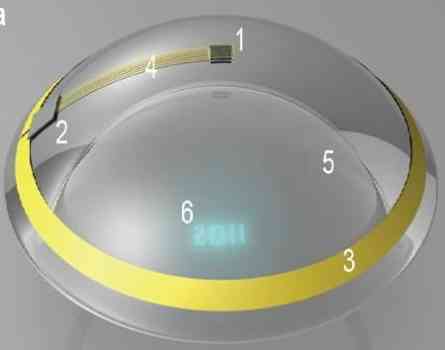 A prototype contact lens developed at the University of Washington (USA) and Aalto University (Finland) allows you to transmit information on the user’s eyes. The study demonstrated the ability of the lenses and their safety was published in last Tuesday (22) in the “Journal of Micromechanics and Microengenharia.”

According to the IOP, responsible for publishing the journal in which the experiment was published, the device can transmit visual information about the real world, before the eyes of people.

Among the uses of lenses are for the transmission of e-mails and text messages, and the use of navigation systems and games. The researchers also reported that the lens can be connected to other information such as biosensors that detect the level of glucose in the body.

The prototype provides a lens antenna that collects the energy from an external source, an integrated circuit that stores and transfers this energy to a chip that contains a small transparent blue LED.

We need to improve the design of the antenna and associated network to improve the power of wireless transmission,” said Babak Praviz, coauthor of the study. “Our next goal is to incorporate some text predetermined lens.”

A major problem that the researchers had to face, according to the IOP, any information that is projected onto ordinary lenses are likely to appear blurry to the naked eye.
To solve the problem, the researchers incorporated a set of Fresnel lenses to the device. They were used to make the picture in focus.

The researchers state that, despite improvements, significant improvement is necessary for them to be fully functional and can work remotely, says the IOP.