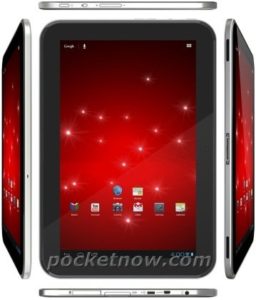 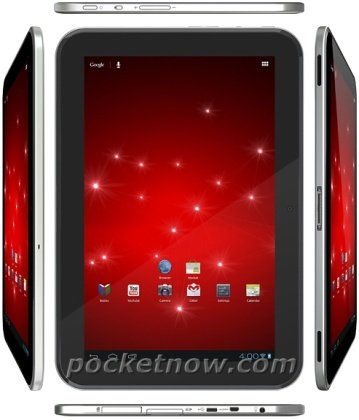 The photograph shows that the device has received a lot of connectors, located on one of the sides, – microUSB, standard USB, 3,5 mm audio and a full slot for an SD-card. On the opposite side are the power button, a switch (perhaps to enable silent mode or off, rotate the image) and the volume rocker.

Of course, the authenticity of the image can not check. However, it is the details that indicate the possible authenticity. For example, the screen there are no shortcuts party applications or widgets – just the standard program Google. In addition, the time that show the clock in the tray – 4:00, ie, is the same as the first press photos Galaxy Nexus (some speculated that it is an indirect indication of the version of Android Ice Cream Sandwich).

But there are parts that cause to doubt the reality of photography. From many sources we have already heard that ASUS will be the tablet manufacturer , and that the device will receive a 7-inch display. But the device in the picture looks more like a 10-inch tablet. Plus, the icon of Android Market has not changed to Play Market (though it can say and that picture was taken long ago).

Whatever it was, waiting for the truth to us octalos not so long – it is expected that the mysterious tablet Nexus will be presented already at the conference Google I / O at the end of June .