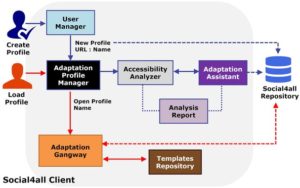 Researchers at the International University of La Rioja and the University of Oviedo have developed Social4All, a computing platform that detects problems in any web accessibility, solves, and records the needs of different users. This way you can create profiles for people with the same type of functional diversity. 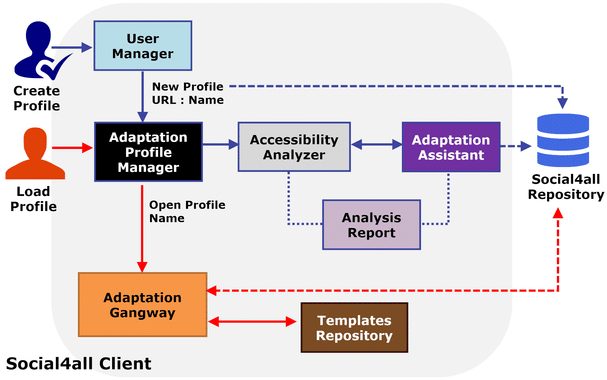 According to the European Union, between 10% and 15% of the population of the old continent suffers some type of disability, hindering their access to Internet services. However, a lot of websites do not meet accessibility standards.

To solve this problem, researchers at the International University of La Rioja and the University of Oviedo have developed the application Social4All , a project funded by the university and the Economic Development Agency of La Rioja. The details are published in the journal Computer Standards & Interfaces.

” We propose a methodology for adaptation to an intermediate application will return an accessible web page, so that the original website is unchanged, a new interface, like a mask that transforms without touching it creates , ” says Ruben Gonzalez Crespo, member of the Research Group TELSOCK and project manager.

Through a series of algorithms, application solves problems of accessibility for people with visual and hearing impairments, speech difficulties, cognitive limitations, and neurological problems.

The user enters the URL to adapt the platform, the program analyzes the problems, and using a wizard provides the user alternatives to solve them.Upon receipt of the user request, the page is displayed and adapted.

In addition, “the gateway creates profiles for reuse by other users also can tinge them according to their needs,” said Gonzalez. “This means more efficient use of the platform and a quick pick user-saving steps in the process.” When not need to modify the code, any user without programming knowledge can use it.

A test between students of Occupational Therapy

Project researchers have tested the usability of the platform through a test between Occupational Therapy students were interested in accessibility but had no knowledge of web development. The result was satisfactory, as all agreed on the ease and usefulness of the tool.

The authors also want to expand the capacity of the platform to reach a broader spectrum of the population. They are currently working on new algorithms to detect more accessibility problems and propose settlement mechanisms. They also present their results at the 2016 Congress Interaction to know what you think the scientific community and gather their input on program improvement.

“The intention is that can be applied to the School of Engineering at the International University of La Rioja and students of Master Accessible Technologies for information on its use and make improvements , ” says Gonzalez, “and a future arrival of Funding prototype can improve and make even a plugin for browsers. ”