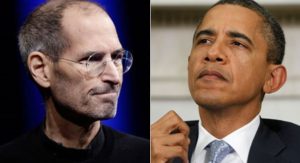 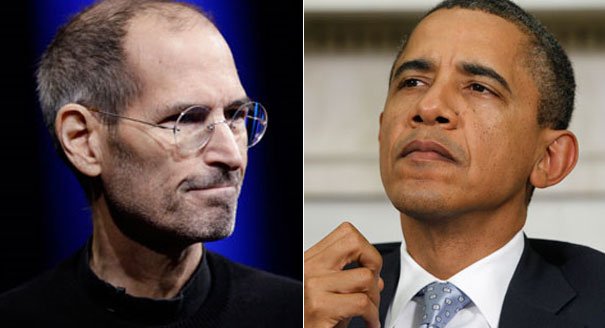 Supporting anyone who aspires to become like him. Barack Obama has cited Steve Jobs in his last speech to the Union before the elections, as many had expected in fact also and above all in the blogosphere. And the U.S. president did not disappoint.

A speech on his own, which marked a new record in the history of political events followed live on the Web 2.0: Twitter has even issued a statement explaining how to follow special, which had been prepared official hashtag (# SOTU was the principal) and then updated the numbers very strong event. During the traditional address to the nation, in fact, have been produced more than 766 000 tweets flow that has earned an interesting infographic .

Although not comparable to the current events of the recent past, analysts agree: the speech was more social than ever before due to the constant presence of the deputies on their accounts and profiles, to live on YouTube with an enhanced version that has entered the slides of the speech in addition to live images. All this will be added soon, the first hangout on Google plus 30 January next, thus demonstrating the full confidence that Barack Obama has always pours new tools on the Web

But what were the words of the tenant of the White House for the founder of Apple? Before members of Congress and many guests, including the widow of Jobs, Laurene Powell, Obama has spent a lot of steps to revitalize the economy Stars and Stripes: 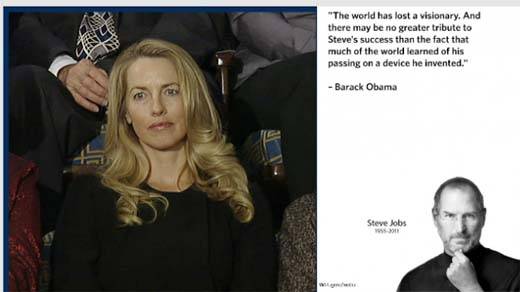 The moment in which Obama quotes Steve Jobs

The producer of high technology, is expected to double the tax deduction you get to produce here. Please send these tax reforms and signed immediately. (…)
I also heard from many entrepreneurs who want to take but can not find the right skills. Growing industries in science and technology have open positions with the job twice. (…)
An economy built to last is one in which we encourage the talent and ingenuity of every person in this country. This means that women should have equal pay for the same job. It means that we must support those who are willing to work and every entrepreneur who aspires to become the next Steve Jobs. After all, innovation is what America has always been. Most new jobs are created in start-ups and small businesses.

At the time of Obama’s speech in which he quoted Steve Jobs (the 26th minute) have seated applause, but a silence full of respect and consideration due to the fact that the President has just continued talking about the concept of burden of start-up in ‘real economy. But certainly this moment in history is already written.