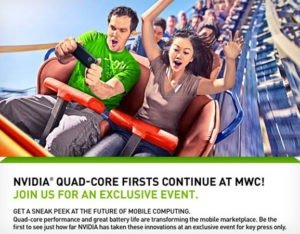 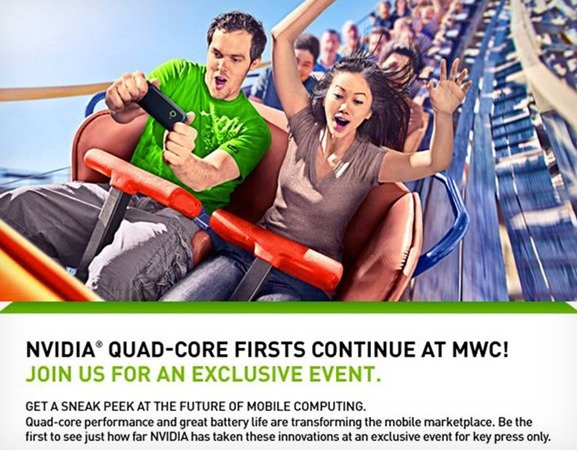 It is something we hope but we have not had confirmation from any of the major brands that go to the event, so is the very NVIDIA which tells us so: there is at least one phone with NVIDIA Tegra 3 in the show .

We know from the invitation that the company is sending to the media, and it speaks of quad cores and a phone appears in the picture that illustrated.

Actually in the past CES 2012 and was seen behind any windows, and hardware already on the market in tablets Android , but it would be good to see phones from leading brands that use it.

Leaving aside the technological race, what we really would like hardware upgrades acontecieran more calmly, and took advantage better than they already have , but being NVIDIA in between seems complicated, you know how they are spent on the world graphics cards.

There are two companies that are postulated as the ambassadors of NVIDIA in the event, which are HTC and LG , according to rumors, the former has a terminal known as Edge , and the second one that calls itself X3 . Both with the latest technology in every way.