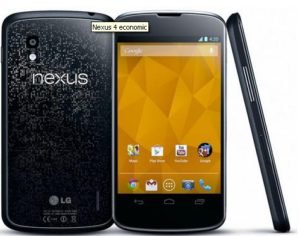 One of the most important releases this week in the world of technology has been undoubtedly the new Google Nexus family , with the permission of Windows 8 and Windows Phone 8 also highlighted. The new Nexus 4 , Nexus 7 and Nexus 10 have drawn the attention of all fans of the Android platform and of course, these devices have been placed as the most desired in this community. And speaking of the smartphone is that Nexus 4 specifically, this is a phone that has a great display, one of the most powerful processors on the market, a spectacular design and generally the highest performance and technology, for just $ 299 delivered . How is this possible? We asked many. Today, we analyse the reasons for the search engine to surprise and impact and the mobile market. 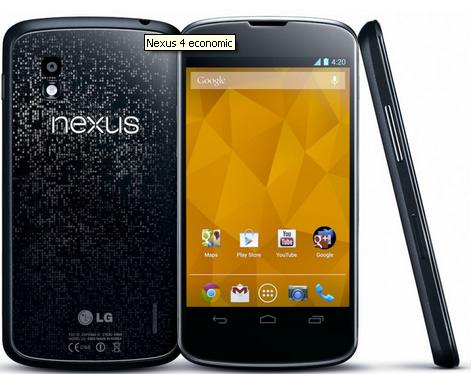 While this is a smartphone that stands out in style and leaves as outdated terminals including pointers as the Galaxy S III , the Nexus 4 will be offered at a ridiculously low price , where both Google and LG, the manufacturer could be losing money to sell below cost of production. This is only possible thanks to an impressive marketing strategy where Google puts profits first by content rather than the benefits for the device . Or what is the same, earn more by what we see on the screen that sales of these terminals.

It is well known that the vast majority of Google’s revenue comes through advertising, which is why while many are amazed and think

“Wow, it’s surprising that such good service like GMail, YouTube, the search engine, or even the same Android are ‘free’, which are generous in Google “

it really is not. Google is constantly bombarding advertising across all its services and that is what brings benefits. Do not get me wrong, I’m not trying to make Google look bad, but explaining something very simple: Google offers most of its services free, because they are concerned that is used to deliver advertising and make lots of money .

It’s that simple, the more people use Google services, earn more money, so this does not come directly from users, which in my case I take advantage, as good user of web services of this company. Android is not the exception . Google offers this platform through the AOSP (Android project open source) for use by millions, hundreds of millions, and thus its advertising reach more people.

With all this preamble explaining one thing I want to say: Nexus 4 costs $ 299 to sell a large scale, which means more money for Google .

The finder simply do not plan to make money from hardware sales, but with the money they can make through the content included in Android. Since there is a new reality, Google does not want to limit their mobile advertising revenue only. 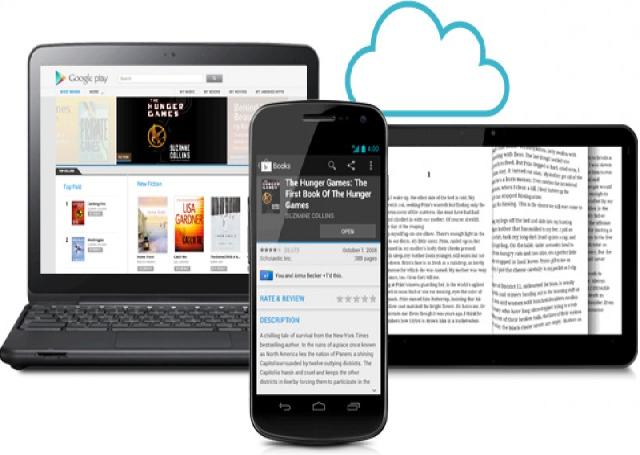 Certainly years Google offers different services and applications through Android ( let’s ignore the Google web business as it is not the case, let’s talk mobile ). Currently, the Nexus family is prepared to offer all the services of Google Play Store , which means that in Nexus 4 and the other members of this new family Nexus, we buy books, movies, watch TV shows, buy songs, albums complete, and magazines, through the eShop Google Play , which is clearly more money for the search.

I’ve said it once, the real enemy of Google is Amazon , not Apple. While Samsung and other manufacturers are fighting with the white apple to see who sells more handsets, Google cares about is through the content. That is why after the present Amazon Kindle Fire , the first good Android tablet priced at $ 199, Google attacked some months after the Nexus 7, this being even more powerful for the same $ 199.

Such was the impact it had Amazon with its strategy that even Apple introduced an iPad Mini , with smaller and medium-scale approach to web services in iTunes , iCloud and so on, and I say “medium scale” because the price is not as competitive as rivals androids.

While iPhone 5 and Galaxy hundred born each month struggle to sell more units, will gradually creating this new market who sells more content , a market where the leader was far Amazon and iTunes gets too close to your spectacular catalog, but Google is about gradually as a new rival with enough power and more than 500 million Android device on the street . Related to this we have the expansion that is taking over Google services, such as the arrival of Google Music in Spain , and rumors that will come later this year Google Play to Latin America, something that would be spectacular.

Who bears the consequences of these prices?

Knowing what are the reasons for Google to launch these devices as inexpensive, yet we wonder how it is possible for a terminal to be released as pointer as low. How do you manage that LG agrees with this cost and who bears the losses? or what gives me more curious: If you want a device itself, powerful and economical, why did not Motorola?

For sure, there is no official response to these questions, so it remains to draw our own conclusions and build on studies and analysts. The first thing I could think is that Motorola is not the manufacturer of Nexus 4 because Google did not want to assume all losses . The finder may be subsidizing a portion of these losses to LG, but just the Koreans have to take on the rest, And why accept this? Because they can and because they must. LG is not at its best in the mobile world as it relates to popularity. Casting a Nexus phone, LG calls the attention of all saying, ” We can do great and the Nexus smartphones 4 and the trust we have Google are proof of that! “.

It is the same case with the tablet Samsung Nexus 10 wherein reminds the world that Google trusts them to their devices , and even if you get a thousand lawsuits, the search engine still think that their tablets are perhaps the best in the Android world.

Anyway, the Nexus line reinforces the popularity and share of any manufacturer, making note to the rest of those who move in the world of Android. If the price of Nexus 4 is so low is because LG accepted it, and knew the benefits this would bring. This is a marketing strategy for manufacturers, although the outright winner here is Google financially.