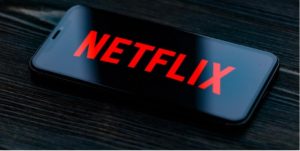 Netflix customers are actually subjects of a huge market research. Because the Netflix algorithm collects a lot of data every second during streaming. Therefore explain to you how the algorithm works and why we can only be happy about it.

Because: There is no coincidence on the Internet. And so Netflix constantly suggests series to its users that they might like. Other platforms work in a similar way: Facebook suggests pages and groups, Amazon product articles and Tinder new flirts.

Let’s take a bird’s eye view of this recommendation process.

The approach differs fundamentally from traditional examples from retail or zapping through the TV program. Whether we always find something exciting and suitable at these touch points is doubtful, especially with the time-honored mass media.

Fact: According to Netflix, 80 percent of users follow the program based on the algorithm . But how does it work? It is fed by artificial intelligence, i.e. machine learning, and creativity.

The Netflix algorithm knows no limits

Netflix’s recommendations don’t just include the genre of content. The Netflix algorithm also captures the script, characters, and locations. So if you are a friend of House of Cards, the streaming service sometimes suggests series that are based in the USA.

But we recommend you the political content but also genre-wide action or documentary films. The algorithm has capability to determine the recommendations order presented to you.

That is why we see users also content that softens our preconceived notions. So Netflix presents us with some content that we would never have thought of.

Time is an important lever

Another factor that the Netflix algorithm takes into account is the time it takes you as a user to finally be convinced by a displayed recommendation. Expressive faces are the most likely to follow a suggestion, according to Netflix.

It also depends on the length of stay: If we press the play button for a series or a film, Netflix immediately captures data that feed the algorithm. The more you watch, the more accurate, up-to-date and beneficial the Netflix algorithm can spit out suggestions.

However, it is not only the length of time that the content is actually consumed that is decisive. Netflix also records the time in which we perceive an image and decide on content. The service therefore learns which images appeal to each individual user so that they select a certain content.

According to Netflix, the goal is to win the user’s interest within 90 seconds. Anything beyond that means that the person is most likely doing something other than spending their time on Netflix.

This information is extremely instructive for Netflix to optimize lead and cover images.

The goal: The user should discover the right content with the perfect title and the perfect lead picture in the shortest possible time.

The result: The user is not overwhelmed by a mass of recommendations, but receives suggestions that are personally tailored to him.

Netflix operates big data on a large scale and can already say today what will be popular with us tomorrow. We shouldn’t forget: Netflix is ??a global platform with 183 million subscribers . It is only possible to begin to guess what amount of data the company is processing.

We users can only be happy about that. Because Netflix continuously uses this data to continue producing only the series and films that we want to see in the end.