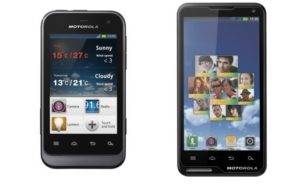 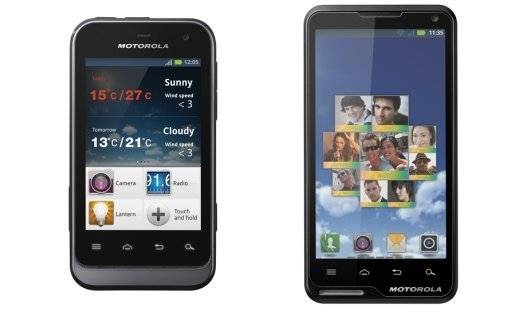 The year began with everything: The firm recently acquired by Google announced the reduced version of one of its most successful smartphones and other 8MP camera, designed to meet the demands of midrange.

After Samsung launched the mini version of Galaxy SII (called Galaxy M Style), Motorola has already warned that its terminals prepared Defy Mini and Motoluxe to attack with everything in Asia and Latin America.

The Defy Mini raises the same features as its big brother, but in small packages.Income housing has dust-proof and water, and Gorilla Glass screen scratch-proof. But the screen is 3.2 (instead of 4) and 3-MP camera (instead of 5MP) with LED Flash. But it exceeds the second chamber: it has a VGA, while Defy “original” lack.

For its part, the Motoluxe now available in China under the name of XT615.Smartphone is a slim (99 mm) with an 8 MP main camera  with LED flash and a VGA for video conferencing. It incorporates a 800 MHz micro and 4-inch screen.

The devices have Android 2.3 “Gingerbread” and have the Moto UI Switch. Be available from February in some countries of Latin America and Asia. Then promotional videos.