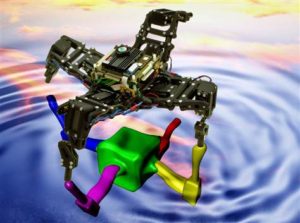 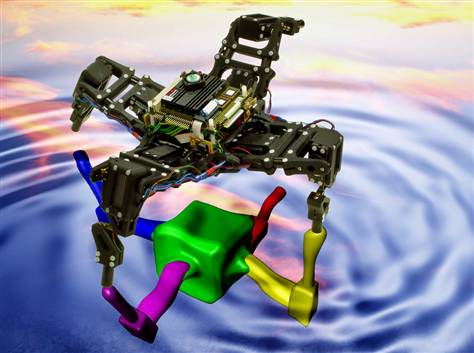 We’re used to seeing robots walking like ASIMO or AlphaDog in which engineers have invested time and effort in getting these machines to walk on two legs or four imitating a natural movement. In these cases, engineers have developed specific routines that allow to drive the servo motors that make the mechanical leg joints and the robot can walk. But would it be possible for a robot to learn to walk alone? The answer to This question is not simple but from Cornell University have tried to answer it with the development of a robot trying to learn to move optimally on their own .

Professor Hod Lipson of Cornell University (located in the city of Ithaca, in the State of New York) decided to consider the programming of the robots from another point of view and instead of developing routines to perform specific tasks, such as walking, decided to develop a robot that becoming aware of the way was able to learn to walk alone.

Is taking consciousness of its shape? Indeed, the robot performs a series of movements “probe” used to take data that serve to give an idea of the way for the robot and, from there, the robot begins to make some moves to measure the degree of discrepancy between the expected and actual outcome, and from there, make the appropriate movements as to move about, even suffering some damage in their legs.

With small number of test movements, the robot is an idea of what their form and, therefore, how could move

Although the robot, in fact, could go a lot better than it does the idea of Professor Hod Lipson is quite interesting because the robot is able to develop movement routines basically through trial, trial and error; something we can do with much more detail in a video that Professor Lipson has posted on his personal page of the university and that explains in detail the movements “survey” done by the robot before start scrolling.