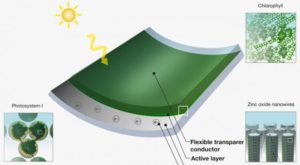 A researcher (Andres Mershin) at the Massachusetts Institute of Technology, MIT, made solar panels from leftover vegetables like freshly cut grass. The idea was to use the principle of photosynthesis to generate electricity. Photosynthesis is the process by which plants generate power from sunlight. 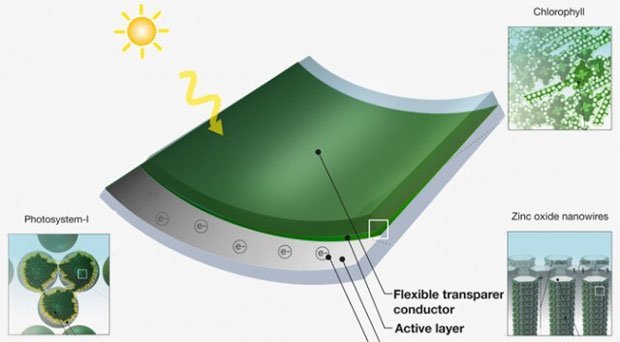 Mershin Andres says that in some years you can pick up debris from the lawn freshly cut, mix them with some chemicals and spread them on the roof to generate electricity. The process extracts the molecules responsible for converting light into a flow of electrons.

The key process is chlorophyll, a protein which is directly linked to the color of vegetables. The molecules are placed in a glass surface with nanowires of zinc oxide and a layer of titanium dioxide. When light hits the panel, both the chlorophyll as titanium dioxide transform light into energy and are responsible for the nanowires to a destination to the flow of electrons.

The great problem, common to any technology for generating energy from sunlight, is the efficiency. The panel plant has only 0.1% efficacy. The photovoltaic panels finest, made from silicon and used in the aerospace industry rarely exceeds 35% yield. The big advantage is that panels made with leftover vegetables tend to be cheaper than the silicon in the future.

In any case, the idea is to evolve the technology to reach a point where it is possible to market a small bag of chemicals. It would take just mix plant debris mixed with the products and spread the material somewhere with sun exposure to generate energy. Even in low amounts, the technique could be useful in regions with low population density and where it is difficult to carry power.