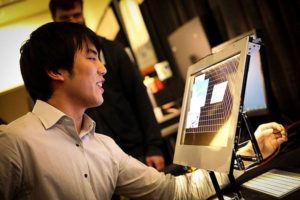 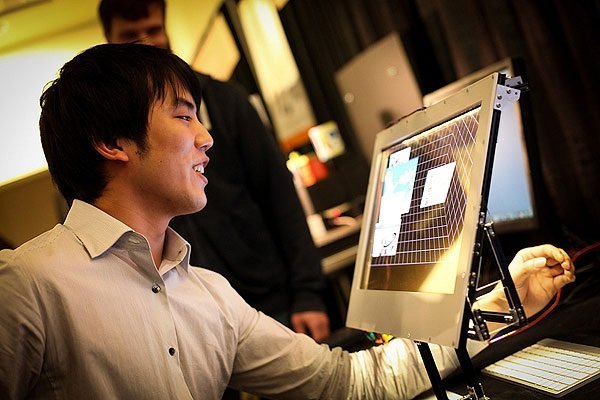 The above three techniques can be applied to a variety of areas, such as games, education, business, and so on.

Kinect technology integration of 3D desktop is first introduced, it includes a transparent display and the display is upward folding screen behind to place a keyboard when the screen is folded, easy for people to hand the keyboard on the screen behind the operation. According to reports, articles and graphics on the screen are displayed in a virtual three-dimensional form, the people behind the screen to the actual manipulation.In addition, the system can track the eye movement, so that the 3D objects appear on the screen.

Microsoft Research shows a second system called IllumiShare, which is a virtual workspace looks like a simple table lamp.In fact, it includes a camera and a projector by which you can also capture images and projection video and the system can also be physical and projection to distinguish. Overall, IllumiShare is a more convenient system works for people remote to work together, Let us learn more about it through video.

Microsoft Research last the presentation Holoflector system, the system has a transparent mirror with an LCD screen behind the mirror is placed so that people can see their image, you can also see the three-dimensional virtual mirror behind the LCD screen elements. According to reports, the system Kinect sensors and motion capture capabilities to virtual reality elements and physical reality, and then on the mirror to produce a mixture of visual effects.

The Pirate Bay Allows the Download of 3D Objects