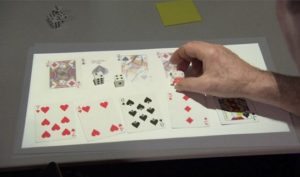 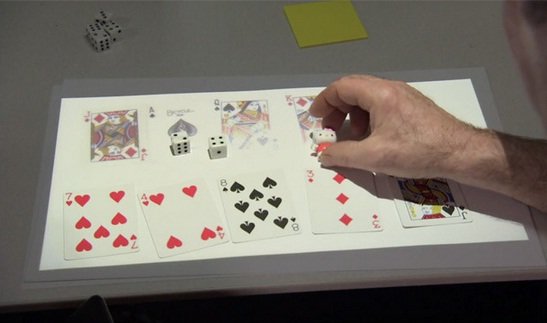 In Microsoft sites are still several ideas being developed potential to revolutionize the present and the future of technology. Among these, IllumiShare is certainly one of the most interesting and probably one of those close to becoming reality, as evidenced by a video demonstration of the potential of this tool for sharing a physical space in real time with other people.

IllumiShare is a system designed in the laboratories in Redmond which allows you to create a shared area on any surface and allows other people to work in real time . Using what at first glance may seem like a lamp so you can cast light on the desired surface which delimits the shared region. Whatever happens in that area will be recorded and shared the projected area of the interlocutor, for example, making a plain paper on which to write.

The potential of IllumiShare are therefore quite high, as it enables you to collaborate directly with other people wherever they are. The demonstration made by Microsoft researcher Sasa Junuzovic it puts emphasis on different applications of this system, which allows for example to play a game of cards using physical and virtual instruments, to collaborate on a paper document or object to compare for any purpose.

IllumiShare, in short, brings the physical interaction of a virtual level, simulating the presence of objects on the surface before it and reflecting on all areas shared what is happening on each of them. Currently, the status of the work seems to be quite advanced, with the main problems that apparently were already out in the best way by engineers working on the project. At present, however, is not known if and how it will all be transformed into a product to be distributed on a large scale.