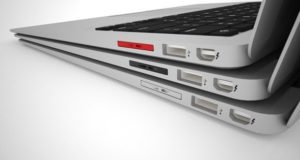 SSD owners with Apple puts in some of his machines, it becomes expensive to increase the storage capacity of a Mac, SSDs this format are rare and expensive. But now there is a solution to increase the capacity of a few tens of GB at a lower cost, without dismantling the machine and without resorting to an external disk: the Nifty MiniDrive.

Under this name hides a small accessory simple but ingenious: a micro-SD adapter millimetre cut to slip into the SD slot of a Mac without exceeding (a notch in his flan can extract it by inserting a tool comes with MiniDrive or a simple paper clip).

So you can add up to 64GB of storage space (and probably more in the near future, the theoretical limit format micro SD XC lying to 2TB) “semi-internal” on the Mac after mid-2010 (previous models are limited to micro SD HC, with a maximum capacity of 32 GB), without the need to remove the card to transport the machine, unlike a standard SD card to be removed to avoid the risk of damaging it. 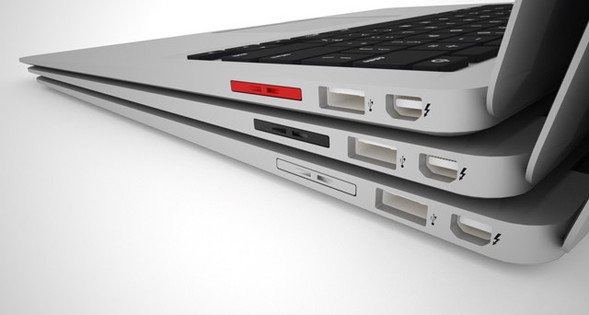 Nifty recommends choosing the version that corresponds exactly to the type of machine. For example, although the suit MiniDrive Retina MacBook Pro Classic is a mm deeper, and therefore may slightly exceed the chassis once installed.

Attention, we still like to remind you that although memory card uses flash memory as a SSD performance in practice are much lower, especially on certain models the SD drive is connected via USB 2.0, which limits the maximum throughput to several tens of Mb / s, although some cards offer higher performance.