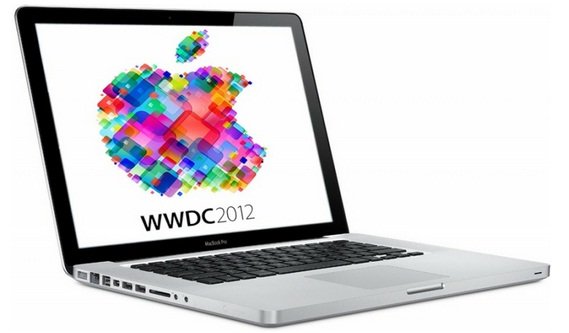 There are only a few hours to take place the most anticipated event for fans of Apple. I refer of course, at WWDC 2012 . As usual in the hours before a big event like this, do not stop circulating rumors on the net will announce new developments in San Francisco.Perhaps one of the most striking, is persistent rumor that it will renew its catalog of Apple MacBook .

According to forecasts of KGI Securities analyst Ming-Chi Kuo , it’s likely that Apple does away with the line of portable 17-inch Macbook Pro, announcing as a great innovation, the introduction of new equipment in 13 to 15 inches with both new design hardware and chassis. Among the main features of these new teams are:

And I really do not keep appearing small details that seem to confirm these predictions.The last we hear from Apple Insider , which has made ??a list of references of the new teams to present at the WWDC and everything seems to be announced a total of 14 new computers. These references include new systems MacBook Air, MacBook Pro, iMac, Mac mini and Mac Pro Moreover, the appearance in Mac App Store -compatible applications Retina Display resolutions (such as FolderWatch ) seem to confirm the Update screen resolution in these new laptops.

The rumors have not been forgotten desktops, with the Mac Pro which has focused all speculation. Thus, among those who do not stop rumors circulating the net, the most insistent claim that such equipment will be updated both online Thunderbolt and USB 3.0 . Also, be renewed processors, with Intel Xeon E5 as a new star on these computers.Finally about possible GPU, it appears that Apple would opt for the new video card ATI professionals .

Will they become reality, all these rumors and predictions?. Well, within hours we will leave doubts.