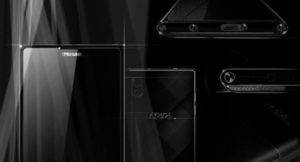 LG Electronics has announced it has renewed its exclusive agreement with the famous fashion house Prada to create a new “Fashion phone” in 2012. The product is known today as Prada Phone by LG 3.0 , but according to the first rumors could be called LG PRADA K2 . And the first leaked images show only so evocative lines of the design under development. 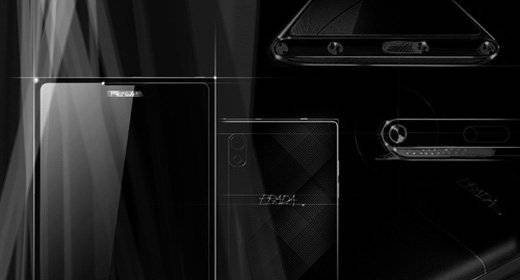 The partnership between Prada and the Korean manufacturer began in 2006 and has led to the launch of two smartphones in 2007 and 2008. The first model had some interesting features for its time, in particular a capacitive touchscreen display of 3 inches, even anticipating the ‘ iPhone of Apple. This terminal, known as Prada phone by LG 1.0 , has earned a place in the Museum of Modern Art (MoMA) in New York and the Museum of Contemporary Art (MOCA) in Shanghai.

The PRADA Phone by LG 2.0 , however, added a QWERTY keyboard and a Bluetooth watch that allowed to receive SMS notifications even when the terminal was in the bag.With regard to the technical characteristics of the third version of the Prada phone, when you can only guess. Published the first images we see a similar design to the Nokia 800 Lumia , and should be used for the display panel from a 4.3-inch technology based NOVA.

The PRADA K2 could incorporate a dual core processor, an 8-megapixel back camera, a 1.3 Megapixel front camera and a 16 GB internal memory. The operating system should be Android , and given the launch date, the version chosen is likely to be Ice Cream Sandwich .