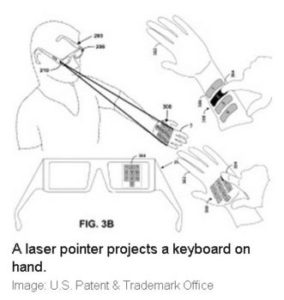 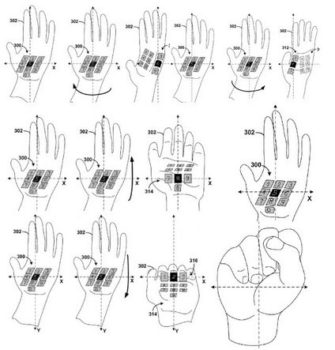 So far still there is very little known Google Development regarding Glass Project and the operation of the planned data collected in this spectacle. They Want to control the glasses with a touch pad, voice commands and head gestures.

As Answers, there may be a patent application from Google with the title: “Methods and Systems for a Virtual Input Device”. It will be described as a camera which is mounted together with a laser pointer on an arm of the data glasses, on one hand, and on the forearm projected a keyboard that can be operated with the second hand. 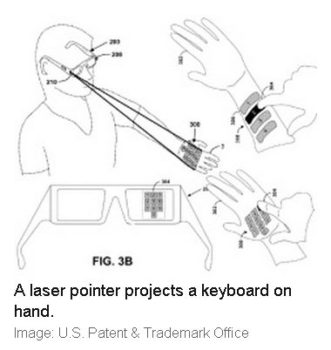 Projected keyboard has been around longer, but the integration of a spectacle frame is new. In this way it would also be possible to evaluate the movements and gestures of the hand (rotating, flipping, fist) and use to control tasks.

On specific business models that are specifically geared to the glasses, there’s no evidence. Google will initially deploy only the hardware. The developer version of Project-glass spectacles could already last year on Google’s pre-I / O conference for 1500 U.S. dollars. All pre-orders have now an invitation to Glass Foundry get hackathons. The events are not only that developers can try out the glasses but the same start site programming, supported by Google employees.