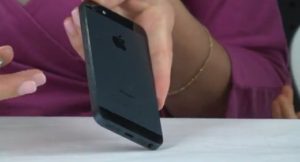 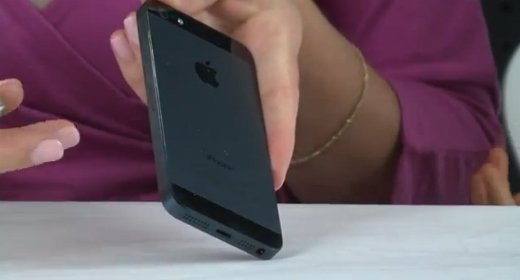 Expected, longed for, loved it, bought. But not perfect for this reason. The ‘ iPhone 5 is without a doubt the smartphone of the moment: the iPhone has once again sparked the queues at the Apple Store and reinforced self around the apple to a year after the death of Steve Jobs, but in the early hours around all ‘iPhone 5 have begun to catch on reports and testimonies that are pointing the finger at those who are detected either as defects, more or less systematic, the device of Cupertino.

The iPhone 5 made ??its debut on September 21 in the United States and a few other markets, coming to the international distribution (including Italy) only a week later. When your smartphone is on the market for a few days, so you can make the picture for those who have the problems that the user has identified after the first few hours of use of the device. These problems more or less important (the judgment is sensitive to the user in the face of several reports emerged) and which in any case will be important in determining the rate of bookings in recent weeks anticipating the next batch of smartphone expected to close in 3-4 weeks (the waiting time specified by the current booking service on the Apple site).

The first problem is found on the aluminum body . Some tests have shown that the posterior surface of the iPhone 5 is in fact subject to scratches and the color black is in any case more vulnerable than white, however, especially the edges to worry: some users would extract from the iPhone package already finding some small dents to spoil the angular profile of the device. Which, in the light of the prices announced for the device, immediately catalyzed the controversy around the lack of proportionality in the quality / price ratio. This is a problem that has received a number of reports, but that is not to be considered as systematic: the cases will therefore be presumably resolved as isolated cases and as such in need of evaluations performed.

A further problem is given by the purple glow appeared on a few pictures , a halo of color distortion which seems to identify a problem in the management of lights (flash included). This is a defect of lesser importance because in all probability be solved by simple adjustments in software that balance in a different way color management in the shots more problematic.

The problem of maps has been confirmed: the users’ reports were followed by a public apology from Tim Cook and the solemn promise of an immediate investment in terms of money and labor to ensure that the maps can become more and more reliable and qualitatively to ‘height of the direct competition. To bypass the problem, simply follow the instructions of Tim Cook: Nokia, Google, MapQuest and others provide cadastral services at the installation of which can overcome the temporary supply disruption owner of Cupertino. Meanwhile, the words “the best maps of all time” has disappeared from Apple because such a statement is not colimava with the address given by the apology to Tim Cook users.

A new problem has emerged in the last hour and instead has already found resolution: an error in the finishing of iOS 6 has caused for users Verizon (but is not given even know if other carriers are involved or not) an error in the traffic management data . even in case of presence of WiFi networks, in fact, the iPhone 5 continued to use the traditional data traffic, bringing very rapidly when the thresholds of consumption provided by the subscriptions. The error has been resolved at this time with the distribution of an initial software update.