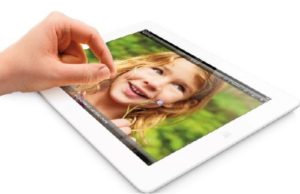 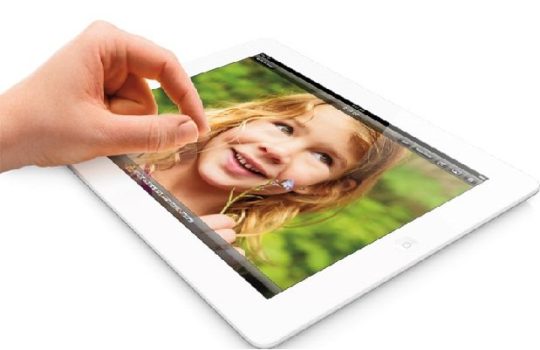 According to information circulating among the suppliers of Apple, the iPad 5 could be 33% lighter than its predecessor.

Several weeks ago we discussed the fact that it had given the NPD Display Search on the sale of mobile devices and PCs in the coming years, an estimate that sales of devices placed in 2017 by a ratio of 6 tablets sold by each PC . The data, of course, is quite interesting because it places a market where Post-PC devices dominate the landscape and demonstrates behavior change in users (something we have been seeing some years ago). In this context, many manufacturers working on improving their tablets, some to gain a foothold and others to strengthen their position in a highly competitive market where Android has been crowned as “king platform”. It has long been said that Apple could be working on the iPad in May , a device which is characterized, among other things, a significant weight reduction that could be achieved through a device that would be a 33% lighter compared to iPad fourth generation.

That the iPad 5, which theoretically is expected in September this year, will be much lighter than its predecessor, is not really new news and we seem to hear of weight reduction in a while. However, in principle it had considered about 25% weight reduction and a 15% thickness reduction (15% thinner) but, as published Digitimes today, reduction could reach third the weight of Fourth generation iPad.

Apparently, rumors about iPad 5 indicate that the device (9.7-inch) could enter production for next July for an initial run of 2 or 3 million units for the month of September that would arrival to market (or so it is rumored among component suppliers in Taiwan). What specifications are shuffled? What would this new iPad? According to component suppliers of Apple, the new iPad might have a Retina screen display with a resolution of 2048×1536 (like the fourth generation) but with the particularity of being made on a crystal of 0.2 mm thickness (and manufactured by Samsung, LG and Sharp), ie, 5 mm thinner than the one currently found on the market.

Given that these devices have become a great complement to our PC and, for many users, is their main working tool (especially if they are subject to constant shifts and require some mobility and autonomy), the reduction in size and weight is a fairly significant feature of the new iPad since removing a third of the weight is something that would be noticeable enough.

Anyway, all this information comes from Apple suppliers and thus, rumors and sources “close but remain anonymous,” but even so, we draw a device that is not far from the rumors that have been discussed in recent weeks on how to be the new iPad. Will have to wait, however, to go past the days and finally come the fall to see if these specifications are met, and finally presents a new Apple iPad even lighter than their predecessors.