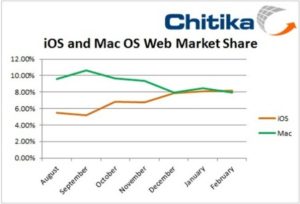 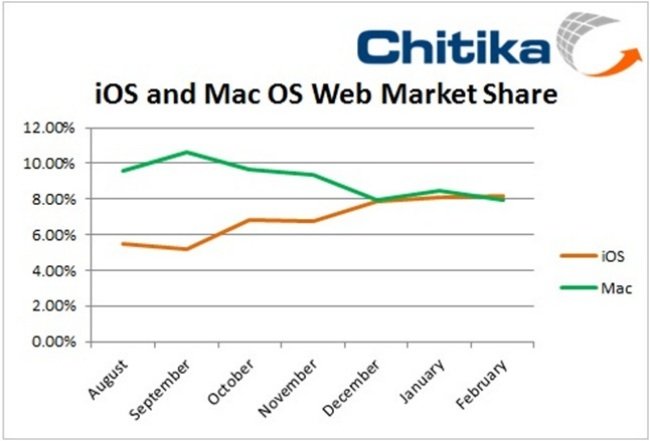 These data show how since last August web traffic between the devices IOS and Mac has been converging to finally be overcome in the month of February. This is not surprising after the financial results that Apple released in January.

In that act released the more than 37 million iPhones and 15.43 million units sold iPad . Turning IOS devices in the main engine of the company’s revenue today. In addition there are many users who buy a device without a Mac iOS which also creates a gateway to the Mac platform, as did theiPod at the time and halo effect.