Beside the connected TVs, refrigerators now that have an Internet connection. Thus, they can be controlled from a distance and look up recipes on sites but the highlight is the appliance-oriented applications that allows the user to tweet while cooking.

The refrigerator, manufactured by Samsung , is still a prototype, but the forecast is that it is released later this year. The company claims that the device spends little energy and is spacious enough to store food.

By being connected to the Internet, you can use tablets and smartphones – the Samsung, of course – to control the temperature or trigger the rapid freezing, if there is a party and the user wants to chill drinks, for example.

At home, the owner of the smart fridge can perform the same commands through a small touch screen on the fridge. But resources have connected the appliance beyond that: The display shows important information such as weather and the most important news of the moment.

You can send messages via mobile devices to be displayed on the screen: Message Board think of the paper that are attached with magnets on the refrigerator, only now they are virtual. 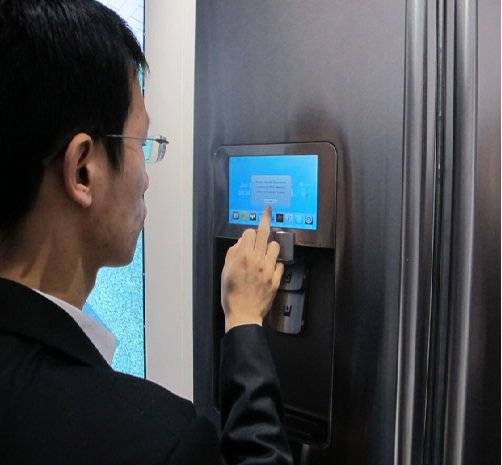 If you tell what are the foods from the refrigerator, the appliance looking recipes that use them.While cooking, he/she can set a timer to alert you when it’s time to take the food from the fire or even tweet about it. This is because the refrigerator has a number of applications that can be purchased at a store specifically for it.