Mosquitoes, with summer comes this little nightmare that has had more than once walking through the room late, holding a shoe and, as the song says, with a veil of blood in his eyes.

From Taiwan comes InaTrap , a curious invention which, if it really works as they say, is the beginning of a long and revenge against the bloodsuckers  summer.

The InaTrap mushroom is a stylish ceramic and plastic that plugs into the stream via an adapter like a table lamp. A button at the top starts the invention, according to its creators, and Acase Inadays is a death trap for mosquitoes.

When turned on, InaTrap launches a small circuit catalytic CO2 generated in small quantities in the same amount and rate they would make the breath of a human being. 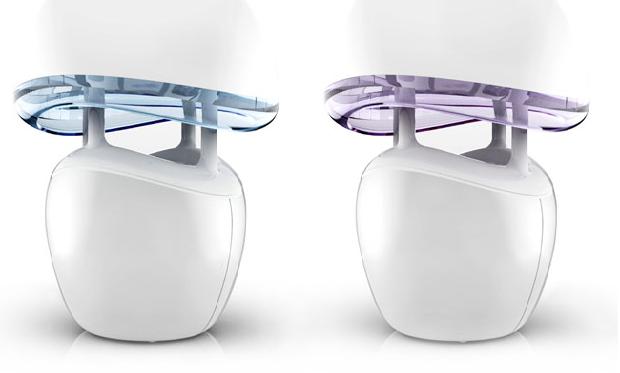 The CO2 and a small light LED blue are the claims for mosquitoes approach the device. In doing so, a suction fan just caught in its vortex the unfortunate insect and channels it to a tank where it is trapped. The next morning we just need to remove the tank and wallow in our catches. The fan, they say, is completely silent.

We’re not sure if the combination CO2 – LED will be as irresistible to small winged bastards, but if it really works can be a lifesaver, especially in some areas with high population summer mosquitil .Gossip, though, not cheap. It is on sale at Amazon for $ 85 .