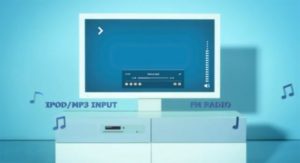 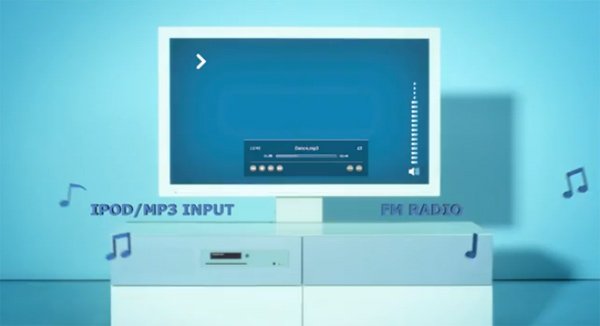 The Swedish company IKEA, known as the world’s largest furniture manufacturer, is going to enter the market of consumer electronics, with the support of its new technology partner – Chinese company TCL Multimedia. The first joint product manufacturers in the furniture was built in TV.

A new piece of furniture includes not only the built-in TV, in fact, a miniature home theater system with wireless built-in player and acoustic CD / DVD / Blu-ray, a product called IKEA Uppleva. The main reason for launching a joint project is simple, the Swedish furniture manufacturer knows that the consumer electronics in its present form is not well fit into a modern interior, as it implies the existence of a large number of wires, cords and cables. It was therefore decided to build a home theater directly to the furniture.

“For us, this is a big step. We will have a unique offering in the market. We are launching a new concept, and now our customers will be able in a single place to buy furniture and electronics, was originally designed and suited to each other, “- commented on the new Reuters initiative to head the design of residential buildings Magnus Bondesson (Magnus Bondesson). In addition to the problem of wires, the new product also solves the problem of remote controls.

Tolga Onku , Head of Sales IKEA Sweden, said that the estimated cost of 6.5 Uppleva thousand SEK, which corresponds approximately 28.4 thousand Russian rubles for the base model with a TV and sound system. “We received clear signals from our customers that need to be integrated into home electronics furniture is a simple way.Given the model of IKEA and our ability to offer products at the lowest prices, we are convinced that it would be really great success “- added Onku.

IKEA Partnership with TCL is not the first experience of the Swedish giant’s partnership with technology companies. Within ten years the company has developed products with Whirpool, and the last three years she has cooperated with the Electrolux. The company sells TCL Multimedia TV and other multimedia electronics under the brand TCL, ROWA, Thomson and RCA. During 2011 it sold 10.9 million TV sets, operating profit was $ 113.81 million

As Smart Technologies Incorporated into … Bed

Apple TV will be Called iPanel