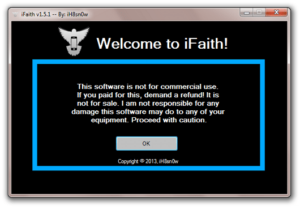 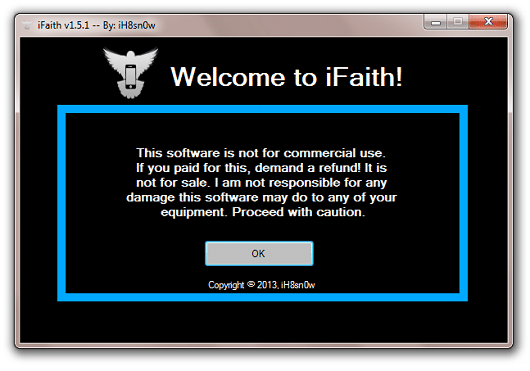 iFaith is a popular tool for saving local certificates SHSH for that firmware no longer supported and signed by Apple. The software for Windows has been updated by iH8sn0w introducing some new features and further optimizing the code.

Now is the long-awaited update of iFaith, announced last summer but never published. The wait is rewarded by novelty, however, really bodied especially with regard to the internal structure of the application. The hacker reprogrammed most of the code, arranged various bugs and added support to other firmware.

iH8sn0w has also announced a future release of a version of iFaith for Mac OS, but did not set a date certain.

iFaith 1.5.1 can be downloaded from this page  and is available for Windows only.