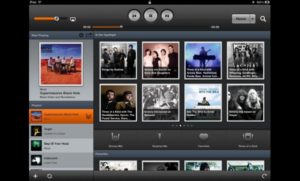 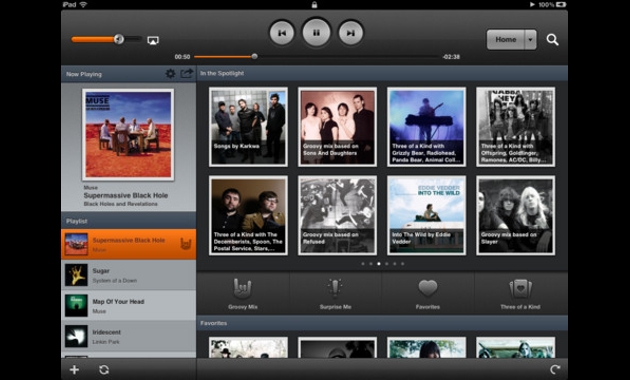 Already recognized the music player IOS Groove has released its second version has a modern and futuristic style, mixing new with old tools and proposing options look that fits both the new display of the new iPhone as the smallest screen iPhone.

Previously we have seen several music players for IOS as Track 8 iPad and some others likeClementine and Sonora for IOS X .

In this latest installment of Gizmodo Groove 2 we will show you a great player for iPhone and iPad that takes advantage of others by offering a service that studies and understands the musical tastes to make playlists and recommendation of bands.

Audio player for iPhone and iPad

Groove 2 is a new edition of the classic Groove player which features new tools and new design to show your music with the best quality and visual and audio fidelity.

Inside Groove 2 we can find easily to store, manage and play our music but also tools for mixing songs, create playlists and even to share what we are hearing.

Based on our musical tastes and our views, the application can deliver items to continue listening or also generate lists for us.

One of the highlights of the application is that it downloads all the album art, bands and songs we are listening. It also has the ability to manage our play with gestures, which allows us to listen to music while driving in the car without removing your eyes from the road.

Groove 2 can be downloaded from iTunes for a price of $ 2 right now and if you have the previous version of the application you can get a 50% discount on the purchase of the new version.
Spread the love