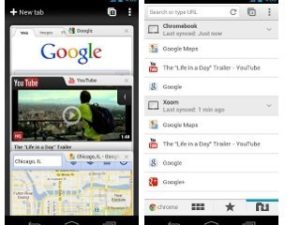 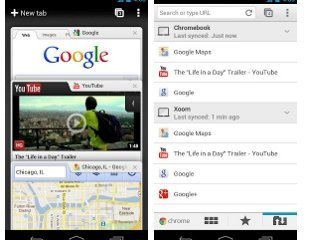 Corporation Google released a mobile version of Chrome browser for smartphones and tablets on the operating system Android. About this newspaper writes ComputerWorld.

To install the program requires the latest version of the OS – 4.0. Judging by the description of the mobile Chrome in Android Market, the application is still in beta stage.

It is noted that in Chrome for Android, you can open and switch between an unlimited number of tabs, use the address bar Omnibox for searching and navigation, as well as synchronize your bookmarks and open tabs with a version of Chrome for the PC.

Also available is the work in incognito mode. In viewing the hidden history of hits and downloads are not preserved, and cookie-files after closing the window is removed.

According to representatives of Google, the company is building a mobile Chrome has big plans.

“Right now our focus is on trying to make a beta version of Chrome available on smartphones and tablets with Android 4.0, but our long-term plan means that over time became Chrome the default browser in Android 4.0 and above,” – said the representative of Google.