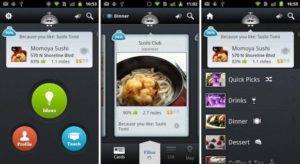 Google has planned to create Android-Analog intelligent assistant like Siri developed by Apple.For this purpose, the firm acquired “Clever Sense” that have released an application Alfred, endowed with rudimentary artificial intelligence. 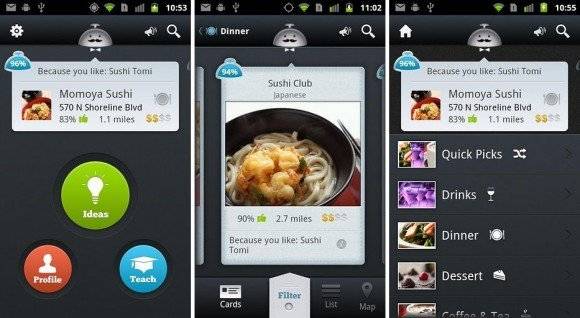 “Clever Sense” developed a program named Alfred – A kind of virtual intelligent guide to the places where you can spend your time. We are talking about restaurants, bars and similar establishments. Alfred gives very sensible advice, based on user preferences. In addition, the algorithm considers the current time of day and location of the dislocation of the owner of mobile devices.

The company itself is a Clever Sense start up who began its work 3 years ago. During this time, a venture capital firm that has grown to $ 1.5 million from Alfred, the brainchild of “Clever Sense” that is very popular among users. In the present application is available in two versions – for the Google Android OS and Apple iOS.

Agreement has been signed on the absorption of both parties, but the terms of the transaction including financial, have not been disclosed. “Clever Sense” Managers believe that a merger with Google is the most appropriate choice among the many other options for the company. Google, in turn, commented on the application Alfred. For some time he will be in its original form and receive updates of the functional. In other words, the Internet giant will provide a full program of technical support.

The first time after the acquisition of “Clever Sense” and Alfred Google will not expand the capabilities of the program, that is, it will contain information only about the restaurants, cafes, and their ilk. Later versions of Alfred, of course, learn to give advice in many other areas, trying to beat Apple with its Siri, but the sphere of public catering, as journalists believe the resource Electronista, will forever remain a part of this application.

The obvious advantage of Google Alfred before Apple Siri must become more broad area of distribution of this program. As you know, Siri officially established only in the iPhone 4S, and Alfred may appear in general to all communicators and tablets, being integrated into one of the following versions of the operating system Google Android.