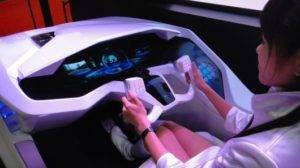 What we can see once we get in our car in 10 years from now? Judging by the vision of Mitsubishi Electric (aka EMIRAI) for the future of cars, namely the inside, The dashboard we will look a lot like what we see in the picture above! 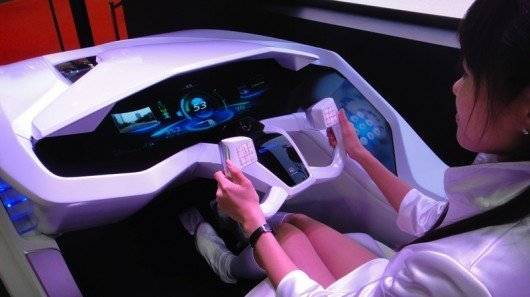 Rejoice, then, as long as the current board, because hopefully, within a decade from now will give way to new modern curved panel, rear projection screens and interactive sculptured surfaces with dozens of buttons that will appear only when needed.

The new driving experience will complement an improved security system based on biometric capable of reducing significantly the risks of driving.

Finally, an equally striking feature of EMIRAI be the handlebars, equipped with buttons that change shape. More specifically, they used to be more visible coming out, while the rest will remain inside the steering wheel.