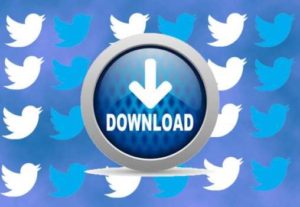 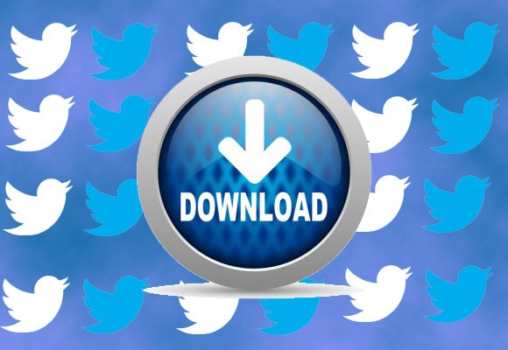 Famous “Download Tweets” promise that the CEO of Twitter, Dick Costolo had made and ensured that it ran before the New year   is now Reality. A lack of just 15 days to finalize the same and 5 for the end of the world, had no more news about it until now, when some users are starting to report the development of a tool in settings of the web version that allows download tweets . 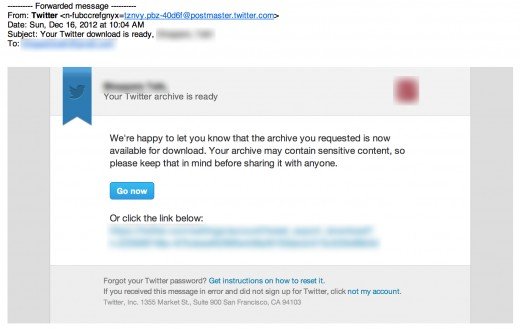 By the time the new option is not available for all users , but being released gradually. Apparently also accompanied with an email from Twitter which warns this new functionality and invites us to try. Fortunately, the process by which Twitter has decided to allow its users file tweets, one of the great questions so far, is much more elegant than just a PDF or HTML file with links and content of tweets.

Similar to Facebook, after a process of collecting and downloading the tweets, the tool sends us an email with a. zip that has an HTML file . Upon opening, load a page with an interface similar to Twitter and allows us to explore by month and year all content. As seen in the picture, is accompanied by a small tool that shows a bar chart our busiest months and the number of tweets but basically very simple system.

Obviously, this new feature does not mean that we can download all the tweets from any user, as pointed some rumors but ours only and only if we want. Currently, Twitter only allows tweets 3500 go back, once uncomfortable are exceeded or if we review an older tweet.

Is expected to be put to availability of all users in the coming days, personally and as I write these lines I have none enabled (and I remember my first tweet) but it sure is funny to try and return to review some moments in recent years with it.

we brought some cheer with the message that screenshots and messages from Twitter’s promising option for all your tweets to download live for the first were seen. And from the comments and retweets revealed that we are not the only ones who are slightly ‘excited’ about it. But unfortunately, probably a little too soon cheered. Twitter has a mail to blogs because the initial joy tempered somewhat … 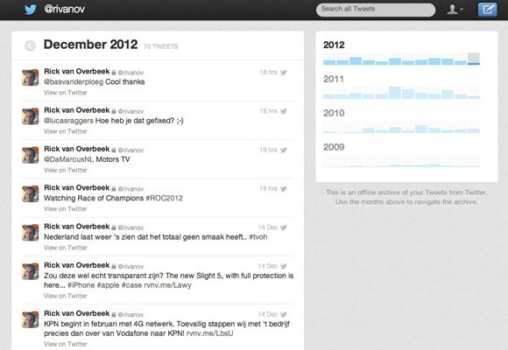 Both The Verge as TheNextWeb make mention of the mail that they have received from Twitter. It says:

“We are currently testing the ability to download tweets with a very small percentage of users.”

But if the promise of Dick Costolo, he again recently repeated , is true, then it must be before the end of the year so far are.

Fortunately, there are among that small group of beta testers also people who like to share resources.Someone who could download all the archives, the Dutchman @ Rivanov , has been put online archive so that we all can see how  Download Tweets  looks and works. The image above is an example of the archive and you can follow this link look into. That’s actually pretty funny: Rick on his public account a lock, but his complete archive is unprotected open to everyone.