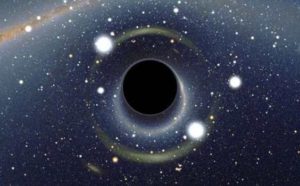 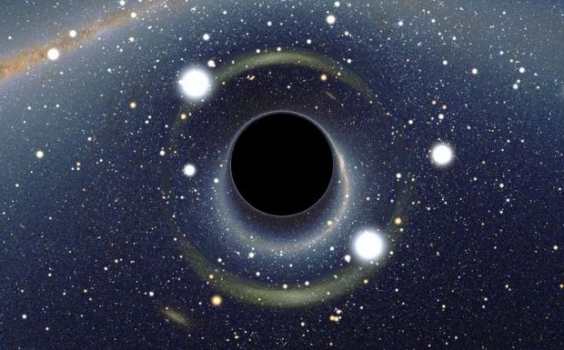 Even today talk about black holes is talk of hypotheses. It is believed that at the heart of most, if not all spiral galaxies and even some dwarfs, there is a super-massive black hole. This object type is defined by its mass, the term applied to those super-massive black holes with mass of several million solar masses. The theory says that would be in the heart of many galaxies and would be formed in the same process that gives rise to spherical components of galaxies.

NGC 1277 is located 220 million light-years away in the constellation Perseus. It is a lenticular galaxy, a kind of intermediate between an elliptical galaxy and a disc-shaped spiral. Such galaxies has spent or lost most of their interstellar matter and therefore have no spiral arms. 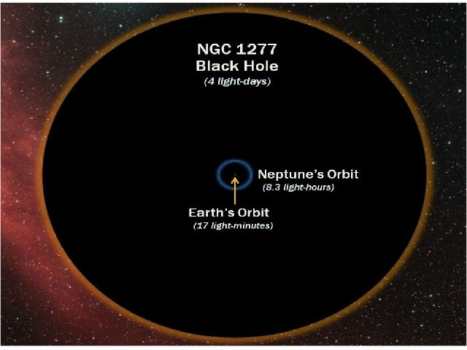 To give us an idea of the “rarity” found, the galaxy is only one-tenth the size of the Milky Way, and yet seems to contain the most massive black hole ever discovered, understanding what would a 14% whole mass of its galaxy .

Explains Karl Gebhardt of the University of Texas at Austin and a member of the research team:

This is a very rare galaxy. Almost everything is black hole. We could be at the first subject of a new class of systems galaxy-black hole.

Researchers estimate that the size of the event horizon as this type of supermassive black holes is eleven times the diameter of the orbit of Neptune. An incredibly unusual event that was initially captured by Hubble but not identified himself to HET, in a time when astronomers studying the relationship between galaxies and black holes.

The team used data from HET with Hubble images to calculate the mass of the black hole, estimated to be 17 billion solar masses. According Gebhardt:

The mass of this black hole is much larger than expected. This leads us to think that very massive galaxies have a different process in the physical form in which their black holes grow.

Currently the team has observed HET 700 of the 800 galaxies that plan to study.