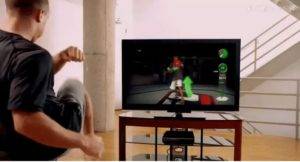 Microsoft came up with a cunning move to incorporate Kinect directly to TVs that will further enhance the popularity of Kinect . Edition of The Daily reports that the company plans to embed the sensor directly into the TV. Negotiations in this regard are already underway with Sony and Vizio .

Built Kinect will refuse to buy an Xbox 360,a computer connected to the TV , with the appropriate version of Windows  will be enough  At the same time using the sensor can not only use to play but also to control the TV itself, for example, to change channels. Built in version Kinect may be the answer to the projects Google TV and Apple TV, which will start in 2012-2013 and will also offer the possibility of a touch or voice control