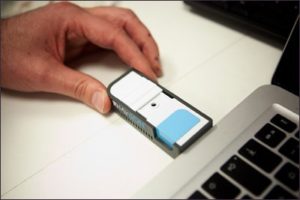 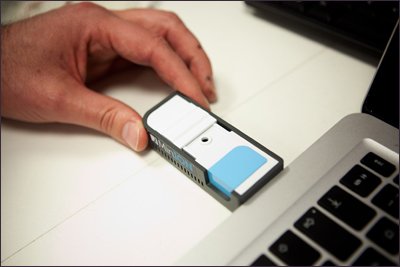 A small device the size of a “stick” is connected to the computer’s USB port and using the unique technology of DNA sequencing, real-time reading bits of the genome of the sample, such as drops of blood.

The original disposable device called MinION for DNA analysis uses nanopores, which is passed strictly defined molecule. DNA molecule “squeezes” through the pores in the polymer membrane, and a special chip captures occurring at this moment electrical vibrations and accurately identifies the molecule of nucleotides.

Analysis of materials with nanopores – This is a very promising area of science and medicine, which makes it possible to carry out a complex analysis in minutes, which previously required weeks. Nanopores, in fact, represent the various holes in the membranes: protein layers, silicon nitride, graphene, etc. At Oxford, used hybrid technology pore-forming protein and synthetic materials. 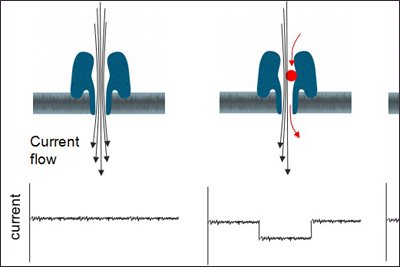 In 2012, the sale will go to the option MinION worth $ 900 and from 2000 nanopores. The next year, plans to release a more powerful version with 8000 GridION nanopores. GridION-s can be networked together and hold fast decoding of DNA. For example, the human genome twenty GridION-s will be able to explain in just 15 minutes. In addition, GridION can analyze the composition of compounds or look for different molecules, both biological and nonbiological nature.

The appearance of compact and relatively cheap devices for DNA sequencing will allow scientists, physicians, forensic scientists to conduct research and carry out experiments that were previously available only in large laboratories. In addition, the nanopore technology in the future will be the basis of reliable identifiers for computers and terminals with limited access.

Completely Ready Computers in the Size of a Flash Drive