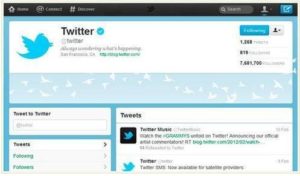 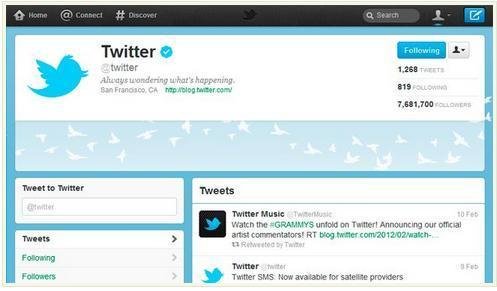 Twitter is gradually extending its business pages to new brands and personalities . As I discussed, one of the conditions that put candidates is that they spend at least $ 25,000 in publitarse with them.Despite this requirement so exclusive, and there are several pages of companies that have appeared in recent weeks. Then we leave with the most popular by number of followers:

In this case, it is noteworthy that Twitter has opened its pages company also personalities and celebrities , such as Mariah Carey, Coldplay and Kevin Smith, among others. The list also includes news programs, institutions such as the White House, a sports team as Los Angeles Lakers and Twitter itself.

Note that we are talking about profiles “brand”, ie they have some benefits over standard profiles. Among them, the banner stands can be introduced, the fixed tweet can be left on the top of your timeline and the possibility of separating the mentions of the replies tab to make it easier to track what is said about them on Twitter.