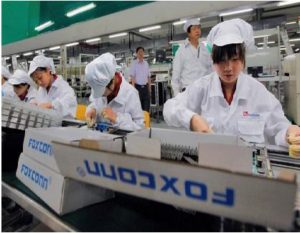 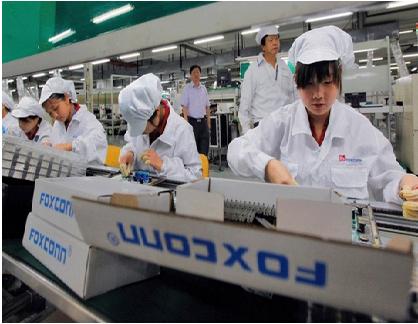 An iPhone generates revenues of approximately $ 650 to Apple. While there were some small changes over time gain was always similar and although some of that money goes to marketing campaigns, to pay the manufacturing or the hardware is estimated that the gain is approximately 55% . This results in making the market’s most popular smartphone costs $ 293 .

When making a phone (and many other technology products) will look at four things : materials, transportation and storage, manufacturing costs, and warranty expenses.Knowing how much is spent on the first point is not complicated by, for example, the guys at iFixit. In the case of iPhone the materials cost about $ 200. That leaves $ 93 free . Is the transport and storage, manufacturing and warranty.

While manufacturing costs most of the time there are data that are revealed, thanks to the report made by the people of the ABC Foxconn , some things were revealed . One fact is that an Apple phone the company takes 24 hours to be manufactured. From 6 to 8 hours is used for test and check that everything has gone well. That leaves 17 hours. In the report of the ABC reported that the salary of workers was U.S. $ 1.78 (although Foxconn revealed that he paid U.S. $ 2.18). A simple account determines that 17 hours times the hourly wage of workers results in us making the phone $ 30 . That is much greater than that reported iSuppli, who claimed that the manufacturing cost about $ 8 per phone. While these 17 hours time surely made through automated robots that do tasks, the reality is that from the same report revealed that most of the iPhone process is crafted by workers at Foxconn.

Unfortunately, these numbers can vary depending on the manufacturing process, but it is interesting to give us an idea of the estimate. There are some points to consider before you finish: