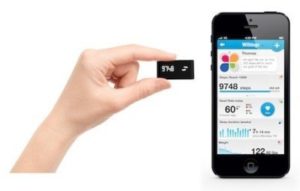 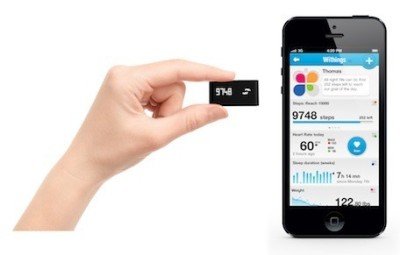 Withings has time for CES 2013 – presented two new products. The European specialist for connected health accessories (after the competitors Fitbit) sells its own gym motion sensor. The Smart Activity Tracker captures covered steps and stairs and calculates values such as the distance traveled and calories burned. In addition, the device monitors the sleep behavior.

It is synchronized with an iOS or Android phone via Bluetooth or Bluetooth Smart and the data is then transmitted via a separate app on the Withings portal. A special feature of the Smart Activity Tracker also measure the heart rate – an appropriate sensor sits on the back. The touch-sensitive screen of the device is working, it is a battery life of less than two weeks have. Prices not yet called by Withings but delivery beginning is the end of the first quarter of the 2013.

With its networked scales Withings has also refills: The new Withings Body Analyzer WS-50 complements the previous WS-30 . Main innovation of the 150-dollar device is the ability to determine the heart rate by entering the scale. Also temperature and CO2 sensors are integrated in order to measure the quality of the ambient air. The new scale is via WLAN or Bluetooth synchronized with the Withings site and should in the first quarter on the market. Fitbit has the Aria also has its own Wi-scale on offer.