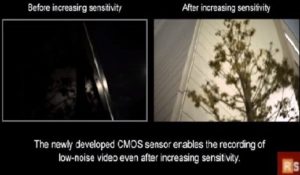 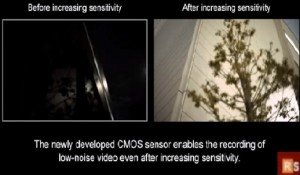 The new Canon CMOS sensor is 7.5 times more powerful than the other cameras and can record video with minimum light conditions clearly achieving unprecedented results.

The Japanese subsidiary of Canon announced the successful development of a CMOS digital sensor 35 mm with high sensitivity to light, developed exclusively for recording Full HD digital video with high image clarity, even in environments where lighting is minimal. It is a device that is 7.5 times more powerful than the most sophisticated sensors market, which opens the picture to the possibility of taking capture sequences previously considered impossible if there were no lighting equipment support.

Canon Marketing Japan is showing the qualities of this new sensor, mounted on a prototype camera and some test sequences in their exhibit space at the Security Show 2013, to be held from 5 to 8 March at the Tokyo International Exhibition Center in Tokyo, Japan. There is still no date for its official release to the market, as part of a new model of DSLR cameras, but the expectation is quite high.

The “noise” in the image (those quadrants where distinguished dark lumps of pixels caused by low light) will be minimal with this sensor, which far exceeds the built-in line EOS 1D X, which is the best that can currently achieved in the field, thanks to its pixels quantified about 19 ??microns square , this means that the new CMOS sensor making videos provide clearly visible, even when conditions are as low as a 0.03 index of light , a darkness in that even the human eye can not perceive objects clearly. As an example of the power of this new invention, the Canon guys have released a video where they compare the performance of the best current sensor against hers, demonstrating the ability of the device to capture such complex movements recording light as the light of the stars:

As we can see, the range of objects and sequences captured by the CMOS sensor in the camera prototype is impressive, from the light emitted by a stick of incense to a Geminid meteor shower . However, applications of this device according to the company, has a field d much broader application and practical astronomy beyond where this new capture technology could be used in the field of medical research and even as part of a team of security and safety, why use this event to show the public.