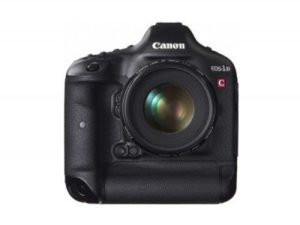 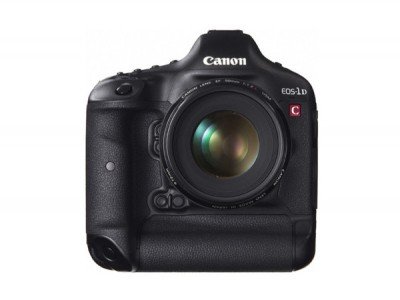 New, incidentally, was the first Canon camera with video recording at this resolution. The format 4K video –  8-bit 4:2:2 Motion JPEG with 24 frames per second. In addition, it is possible to shoot video in the “standard” Full HD 1920×1080 with a frame rate of 24 to 60.  Sensitivity ISO when shooting video up to 25 600 (in extended mode).

Externally, EOS-1D C practically identical to the EOS-1D X. Toppings are also similar to the SLR flagship EOS-1D X – two powerful DIGIC processor 5 +, ISO images for the 100 – 51 200, as well as the ability to shoot with a frequency of 12 frames per second (and 14 frames per second in the “ultra” mode). 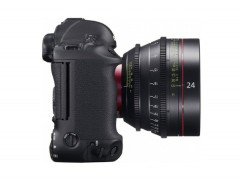 The exact time of occurrence of the camera on the shelves are not reported. We know that it goes on sale this year and will cost about 15,000 dollars.

The possibility of shooting 4K video is not just a desire to stand out among Canon other manufacturers – is already there first TV and projectors, with which you can enjoy a picture with the resolution. 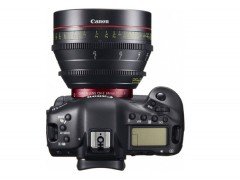 iPhoto for iPad, is the Other Surprise of the Evening?