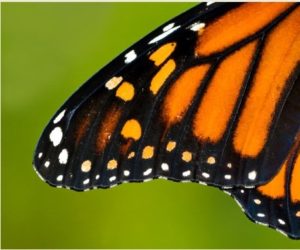 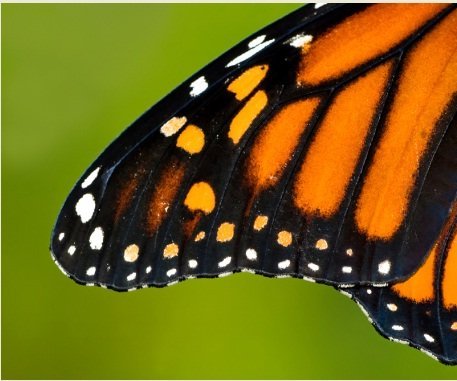 The wings of the Morpho sulkowskyi , a butterfly occurring in South America, are more transparent. Viewed from a certain angle, it iridescent in the dark.Responsible for this are nanosized, fir tree-shaped structures of the wing.These sheds can also make visible heat, U.S. researchers have found.

When infrared light – that is heat radiation – falls on the nano structures, expands the chitin from which they are made. Accordingly, the distances between the tree trunks and branches of larger structures. This in turn changes the length of wave of the light which they reflect, in such a way that the light is visible.

To enhance the effect, the researchers coated the GE Global Research , the research division of U.S. company General Electric (GE), the wing with single-walled carbon nanotubes (single-walled carbon nanotubes, SWNTs). These nanotubes increase the ability of the butterfly’s wing, to absorb heat. This would recognize that changes in temperature of 0.02 degrees Celsius, the scientists write to Andrew Pris in the journal Nature Photonics .

According to this principle may in future thermal imaging sensors to be built, says Radislav Potyrailo, project leader at GE Global Research. Such sensors would not only provide better images, they are also faster and more sensitive, they need less energy and are cheaper to manufacture. Until such sensors are ready to go, it will still take a good five years, estimates Potyrailo.

The Scientists Reconstructed Image of the Ancient Forest from the Ashes

2 thoughts on “Use Butterfly Wings as a Thermal Imaging Camera”