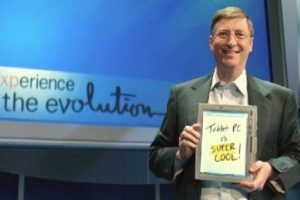 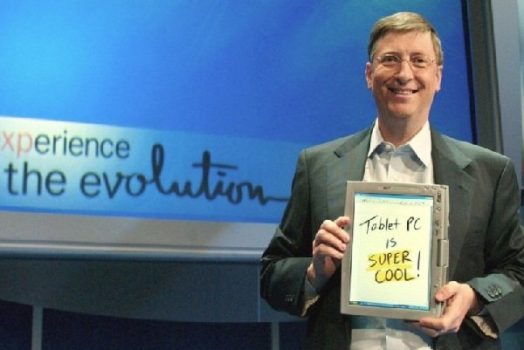 Usually between technology companies, particularly those that are direct competitors, there has always been a kind of game of cat and mouse that have often ended with some rather unfortunate statements , especially when people criticize this or that product from another company highlighting the features of a similar product of its own.

In a CNBC interview , Bill Gates has made ??a number of statements can be seen as this kind of unfortunate comments. For the former Microsoft CEO iPad users are frustrated . Its foundations are based on the absence of a physical keyboard and Microsoft Office , noting in this regard the benefits of Microsoft’s tablet, surfce.

Before Mr. Gates lunges at the iPad in this regard the question you should ask is: how is that Office and the lack of physical keyboard is the only bet Microsoft to highlight the benefits of Living? No, Mr. Gates, not just Office and keyboard (and why in the Surface is an accessory), or at least not for a large number of users .

Therefore can not be attributed to the alleged frustration of iPad users is motivated by the absence of these two factors , when alternatives quite competent, and in a time when Office is late .

In any case, the sales figures also can throw us an idea of the buying preferences of users if the two teams faced discord: Apple sold 19.5 million iPads against Microsft Surface 0.9 million . Although one can not really prove a causal relationship between the number of units sold of a product and the availability or otherwise of Office or physical keyboard for the same by way of limitation, if we can get an idea of the user preferences to the When deciding by one or another.

However such statements are to be taken with the right measure , because if you have a great product, no need to disqualify the hand to extol its virtues, an error that is repeated in the technological world more than we would like.