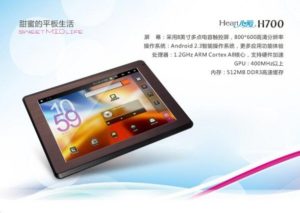 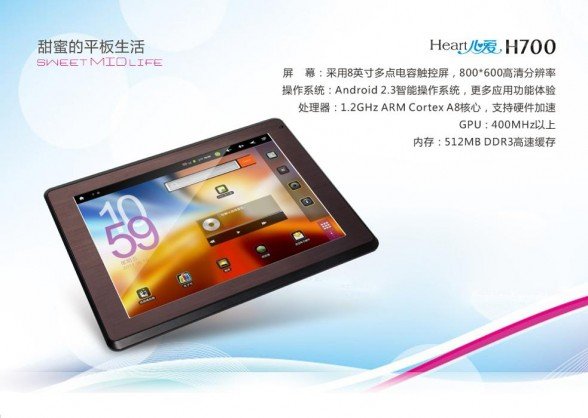 The Korean company Hyundai introduced the Tablet PC of its own production. The device is called A7, the manufacturer is positioning its new product as a budget device – recommended price of the gadget is only $ 79.

Hyundai is known around the world primarily as an automaker, but many Asian companies characterized by versatility, especially considering the popularity of tablet PCs on the market today. Many companies around the world have noted the release of devices of this type. In this regard, Hyundai has decided to release the most expensive device, without sacrificing, and technical parameters.

List of specifications, Hyundai A7 includes a 7-inch display with a resolution of 800×480, processor All winner A10, running at a clock frequency of 1.5 GHz, RAM modules 512 MB, as well as a built-in 8 GB. Disk space is expanding at the expense of the tablet of memory cards format SD or microSD, which is a slot, and Bluetooth and GPS are not available. CPU performance enough to play the video resolution of 1080p, so in case there is output HDMI.

According to Ubergizmo.com, Tablet PC is running a mobile platform Google Android 4.0 Ice Cream Sandwich, and the cost, again, is $ 79. At first, it will only be available to Chinese consumers, but later appear in other parts of the world.

3 thoughts on “The Automaker Hyundai has Released its Own Tablet”