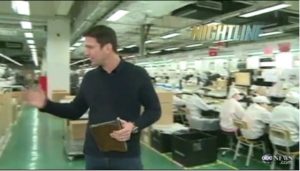 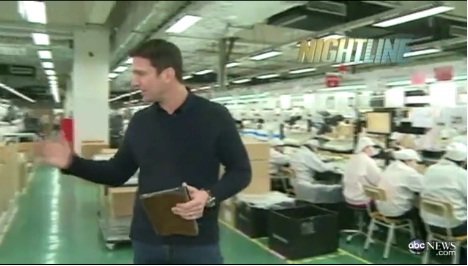 The company Foxconn , A longtime partner of Apple in carrying out the assembly of such branded products as the iPhone and iPad, will add to the production line x-ray inspection system. As reported by CNET edition, citing a source, “a first-hand”, Foxconn started to order X-ray machine in “unprecedented numbers”. However, it is unclear what purpose the contractor intends to achieve: to reduce production costs or reduce the percentage of defects in manufacturing.

X-ray inspection machines are based on software algorithms that perform rapid and efficient examination of welded parts and printed circuit boards. The procedure of inspection does take a little time, the manufacturer is not required to reduce the speed of the components of the pipeline. The company Foxconn, which only the number of employees in China is 1.2 million people in the near future, preparing the mass introduction of these systems, it is part of the company’s long-term plan to raise the level of automation and robotization of assembly lines.

In a recent reportage channel ABC News, in which journalists have investigated channel conditions in the factories Foxconn, it became clear that the company collected on the iPhone production line mainly by hand, and the assembly of the device is held in a step 141. At the same time wages are too low, and their working conditions so difficult that the company is regularly under attack Western experts. In this regard, the Foxconn last month was forced to increase salaries by 25%. But to critics was not so fierce, the company is going to produce massive automation and robotization of production lines, it is a priority of the contractor. This method, in turn, will allow Foxconn to minimize the costs of improving working conditions.