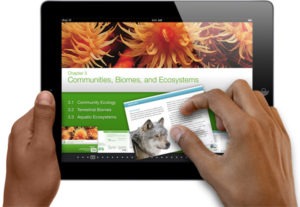 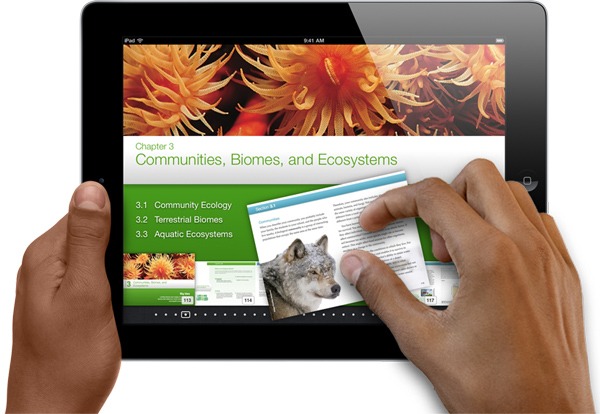 Analysts at Global Equities Research estimated that over three days, visitors to the bookstore iBooks, owned by Apple , purchased 350 000 “digital textbook” for the tablet iPad . This writes the blog All Things Digital.

Data on the number of books bought by Global Equities Research was using its own system for tracking sales.

It also reported that users have downloaded 90,000 copies of the application iBooks Author to create a “digital textbooks“. The program is designed for the operating system Mac OS X and allows authors to arrange textbooks books, using a set of templates.

Researchers from Global Equities Research indicates that retailers sell “paper” books at a premium of $ 33-35 per cent. The store “digital textbooks” users can purchase books on their original price.

System of “digital textbook” for the iPad tablet, Apple introduced at press event on Thursday, January 19. The company has introduced in the virtual store iBooks separate department with textbooks, and announced that their price will not exceed $ 15. Deliver “digital textbooks” in the iBooks are several major American publishers.

The main advantages of “digital textbook” Apple called their interactivity. In addition to text and illustrations, a “book” can include video, audio, three-dimensional models of objects and other information.