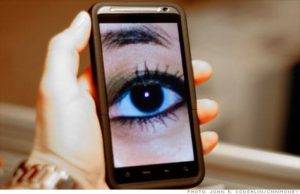 On the background of a worldwide scandal surrounding the “spy” program Carrier IQ, Apple released a tehnoblog All Things Digital a statement that acknowledged that the previously used diagnostic software Carrier IQ, but in recent years to abandon it.

“We have stopped supporting Carrier IQ with iOS 5 in most of our product and remove it completely in a future update of our software,”  said in a letter to the editor Apple AllThingsD.

Recall the start date of the scandal can be considered on November 28, when an American expert on information security, Trevor Eckart posted on YouTube a video in which he told of Carrier IQ.

According to him, this utility preloaded on many telephones software that collects various information about the device, including, keeps statistics of all the telephone user’s activities and sets its location. And at first it was reported that the program can be found in Nokia phones and some gadgets on the platform of Android, but now it became known that its use by Apple.

Meanwhile, Apple, and Carrier IQ argue that the program can not collect information about the location or the control SMS messages and deals exclusively with the study of performance of the device.

“Our software collects performance data on mobile devices and networks, which ultimately helps mobile operator to provide its subscribers with better service,” – said in a statement Carrier IQ.

The company was forced to tell more about your product  suspecting him of violating the rights of millions of users’ privacy, Carrier IQ interested organizations that monitor human rights in Germany and the U.S., where his concern with this problem expressed by some senators, congressmen and human rights .