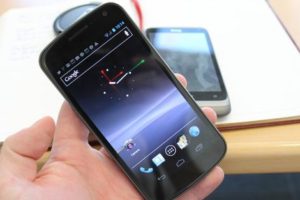 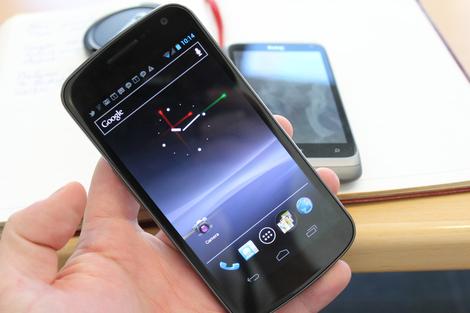 Apple has brought against Samsung filed and wants to ban the sale of the Galaxy Nexus obtain. Apple accuses Samsung to use four patents without permission.

Apple has filed before a district court in the State of California lawsuit against Samsung.Apple wants to get an injunction against Samsung, after which Galaxy Nexus no longer be sold in the U.S., says the patent law expert Florian Muller in Foss patent blog . So Apple takes on Google and indirectly. For the Galaxy Nexus is the first smartphone running Android 4.0 aka Ice Cream Sandwich, and was jointly developed by Samsung with Google.

The lawsuit raises Apple alleges that Samsung used without permission of Apple’s four patents illegally in the Galaxy Nexus. Thus, the described U.S. Patent No. 8,086,604 an interface for receiving information on a computer system. The patent uses Apple’s speech recognition system in which Siri, which was integrated with the iPhone 4S in the operating system. Siri existed long before the iPhone 4S, Apple had bought out the company behind it.

The U.S. patent number 5,946,647 describes a method of how data is detected within an e-mail or a web page and then put a clickable link. This technique is used, among other things, a telephone number, a URL or an e-mail address into a web page or in an e-mail and click directly to open.

A slide-to-unlock mechanism describes the U.S. patent number 8,046,721 . It is the user step by which a locked screen is unlocked, so the user can use the device. Without the activation should be avoided as faulty operation in the pocket.

The fourth patent is U.S. patent number 8,074,172 part of the action. This describes how to make typing on the onscreen keyboard for word completion suggestions, or to correct typographical errors.

So far, not yet clear when the court deal with the case and will make a decision.